Home » Campbell Hatton: 'I would be an idiot to not take my dad's advice' 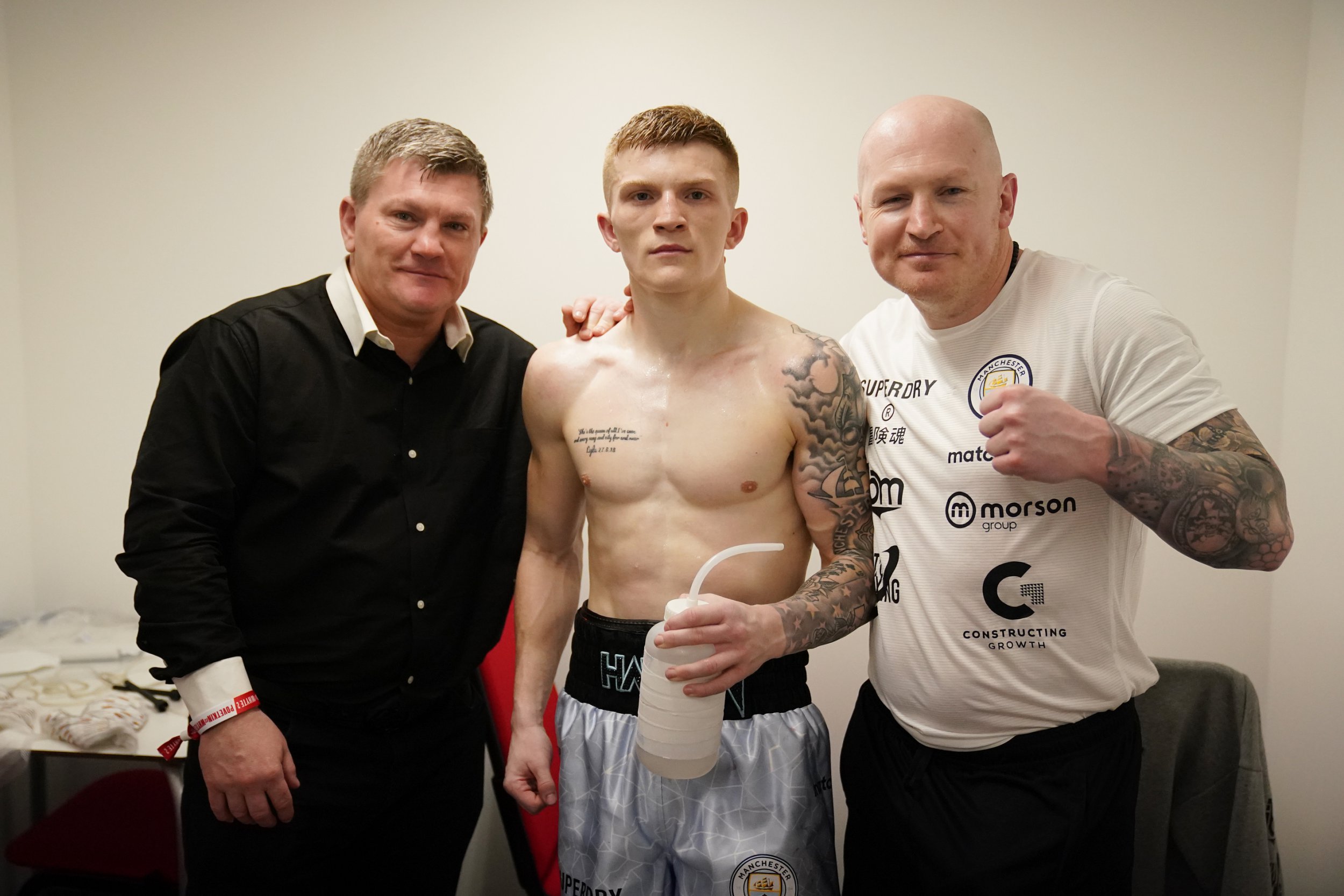 You beat Jesus Ruiz on your pro debut in Gibraltar recently. What was that experience like?

I couldn’t have asked for a better platform and I’m just really grateful. There were only 500 fans but it felt like thousands. I can’t wait to do it again.

You’re guided by Anthony Joshua’s 258 Management. Can you get on the Tyson Fury bill?

That would be a dream come true. There’s no bigger show than that, so to get on that card would be amazing.

I started boxing pretty late. I tried football and other sports, then around the time my dad had his comeback fight [in 2012] I took a bit more interest. I had always been around boxing but more as a hobby. I convinced my mum to let me go to the local gym — it went from there.

When did it become clear you had some real potential?

Matthew [uncle and trainer] had always said he could see it — said I was a rough diamond and just needed to put it all into place. The rate I was improving was huge, people started noticing me.

What’s your dad’s involvement in your career now?

He’s massively involved. Matthew’s my trainer, my dad’s overseeing things. The balance is perfect. Sometimes there can be too much involvement, or not enough, but we have this happy medium. We’re so similar to watch, so I would be an idiot not to take his advice.

What do you recall of his career?

I’ve got memories of being in the gym, the actual fights I never watched. Any I’ve seen have been looking back after I started to show more of an interest in it. I remember him saying he was off to America at times for training camps.

Is there pressure to emulate his achievements?

I don’t think anyone’s been close to having the fanbase he did so I knew there’d be loads of interest. Nothing can prepare you for it really. There’s a lot of pressure but maybe some is off now I’ve got the debut out of the way.

And world titles are your aim?

It’s important to set your sights high. You wouldn’t put as much into something that only takes you so far. I’m confident I can get there.

How to get your Metro newspaper fix

Metro newspaper is still available for you to pick up every weekday morning or you can download our app for all your favourite news, features, puzzles… and the exclusive evening edition!