German boxer Cheyenne Hanson has been left with a hugely swollen face after clashing heads with her opponent inside the ring.

23-year-old Hanson collided with her opponent Alina Zaitseva from Ukraine with such force that it caused their bout to be abandoned.

Very quickly after the clash of heads, ‘The Pepper’ Hanson’s face started to well up in a huge hematoma and the referee was left with no choice but to wave off the fight. 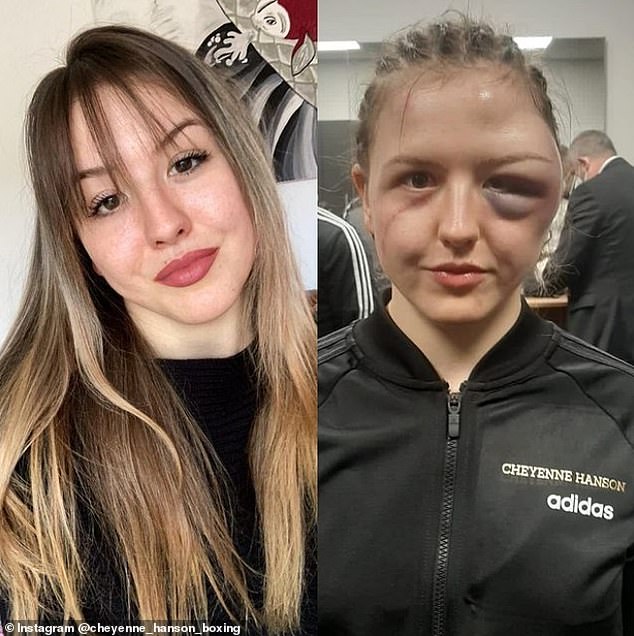 German boxer Cheyenne Hanson (pictured, both) has been left with a hugely swollen face 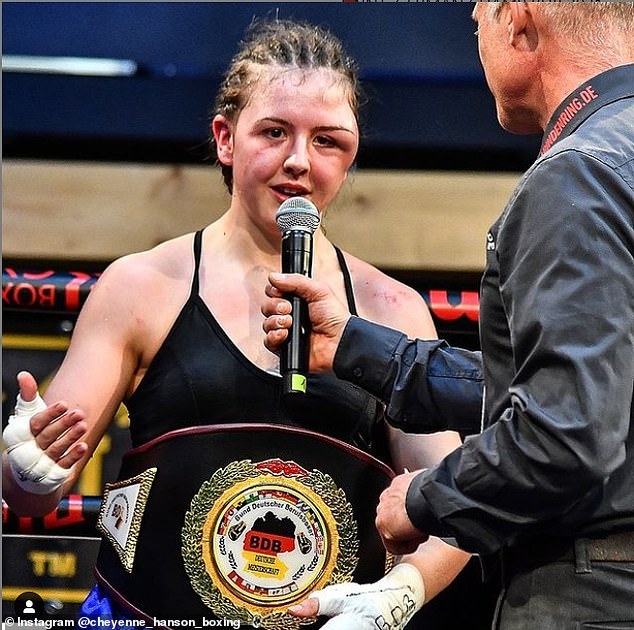 The German was awarded the victory via technical decision as she was ahead on the judges’ scorecards at the time of the unfortunate head butt.

Rules state that any fight that is caused to end early due to a clash of heads is decided by the current scores by the ringside judges.

Fans were quick to wish Hanson a speedy recovery after she posted a before and after image of her face following the fight. 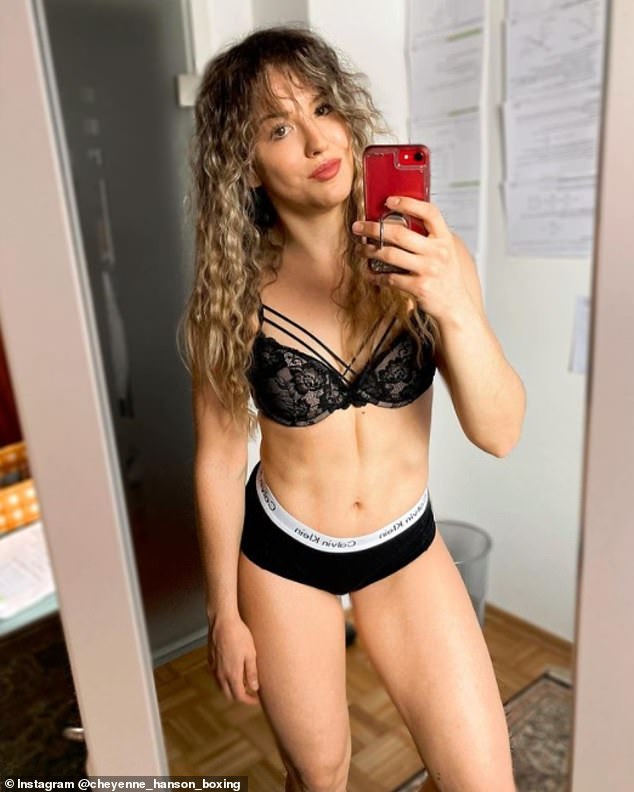 Hanson took her record to eight wins in nine bouts and won the vacant BDB International German Championship with a win over Zaitseva.

UFC star Joanna Jedrzejcyzk suffered a similar injury last year while in the octagon at UFC 248 against Weili Zhang and was left barely recognisable.

Jedrzejczyk was discharged from hospital with no significant injuries and it appears Hanson is also going to recover without any serious effects.