Eddie Hearn has claimed Deontay Wilder could cause further delays to an all-British super-fight between Anthony Joshua and Tyson Fury. AJ and the Gypsy King agreed a two-fight deal in June and are on course to face off in 2021, permitting they take care of business next month.

Meanwhile, Fury is expected to return to English soil to take on Agit Kabayel at the Royal Albert Hall on December 5.

While the fight is not yet officially signed, Fury has made it clear he will not wait around for Wilder, who is now fishing desperately for their trilogy fight.

WBC and Ring Magazine champion Fury is adamant he will not give Wilder another opportunity following wild allegations of cheating in their previous two bouts. 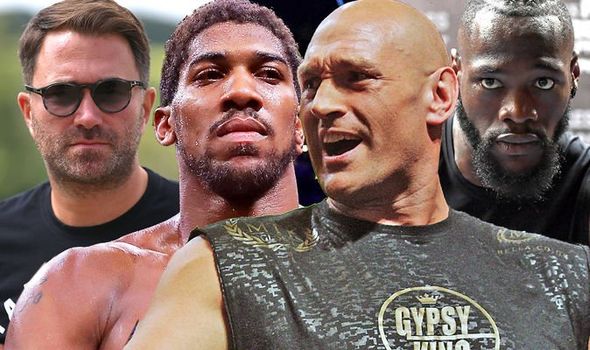 Fury reached out to Wilder in an interview on Good Morning Britain, questioning the Alabaman’s mental state.

Wilder since replied on Twitter: “Hey @Tyson_Fury, Don’t worry about me I am Fine, Blessed. The only thing I want from you is for you to honor your agreement and fight me.

“I gave you 2 shots when I didn’t have to and it changed your life. Now it is time for you to be a man and give me my shot as you agreed to.”

Now Joshua’s promoter Hearn has warned boxing fans to expect further delays to AJ versus Fury with Wilder expected to continue kicking up a fuss.

Hearn told Sky Sports: “We try and avoid the mess, and keep discipline and focus on what we’re doing, and the path for AJ has always been clear, with the ups and downs of the Ruiz fight, and getting that rematch over the line.

“But we know what we’re doing. December 12, it was announced probably eight weeks before the fight, we’re focused on the victory.

“That’s their [Fury and Wilder’s] business, it’s a right mess either way, and it’s not going to resolve itself any time soon.

“Hopefully we can just make sure that if Anthony Joshua can beat Kubrat Pulev on December 12, then the path is clear for AJ against Fury in 2021.” 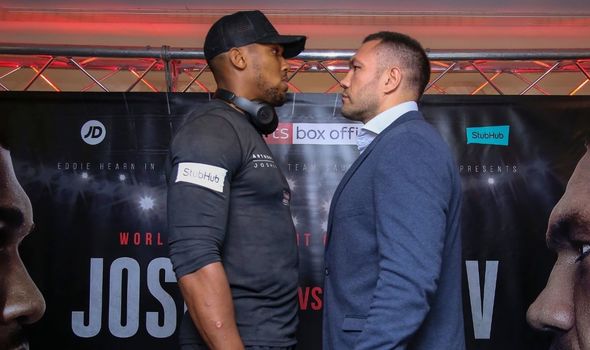 The Watford-born heavyweight dusted himself down and cruised to a unanimous points victory over the Mexican in Riyadh last December.

The Gypsy King told talkSPORT: “Very class. Listen, we are rivals and have been for a long time but I have to speak truthfully.

“He knew he’d make a mistake. He didn’t say why, he didn’t make excuses, I didn’t hear any excuses. 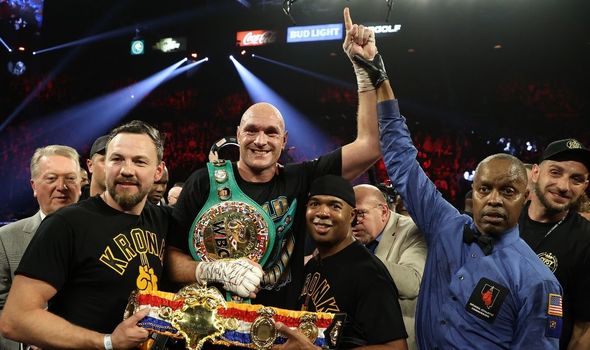 “He just said: ‘Well done, see you next time’. I hope that I would conduct myself like that, as well, if it happened to me.

“We’ve seen it so much over the years – Wilder’s excuses, David Haye’s excuses, everybody who loses a fight for whatever reason they always say: ‘I had a bad foot, a bad shoulder’.

“Either don’t take the fight and have it postponed or if you are going to take it, don’t mention it afterwards! Don’t take the glory from someone else’s victory.

“I take my hat off to AJ. That was class. Providing we both come through our next fights I would like to think that me and Joshua will finally get made, both on top of our careers, both world heavyweight champions, twice next year hopefully.”