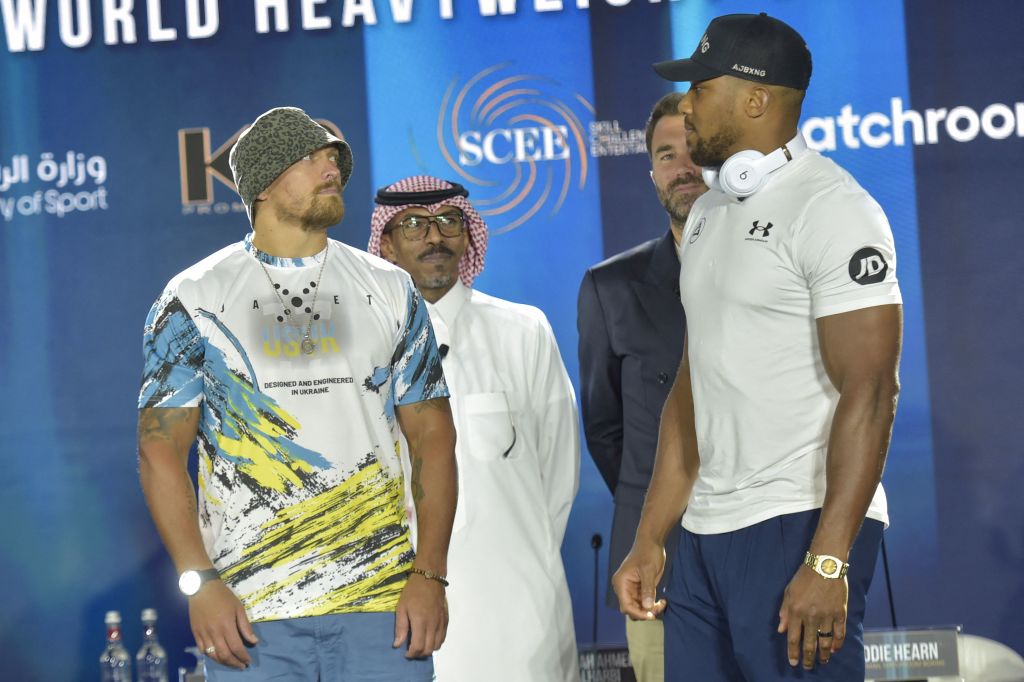 Anthony Joshua says an undisputed showdown against Tyson Fury is the biggest incentive heading into his rematch against Oleksandr Usyk.

Joshua and Usyk came face-to-face at a press conference in Saudi Arabia on Tuesday ahead of their IBF, WBO and WBA heavyweight title showdown on 20 August.

The undefeated Ukrainian delivered a boxing masterclass at the Tottenham Hotspur Stadium last September to dethrone Joshua, handing him just the second defeat of his professional career.

The only other time the Briton has tasted defeat was against Andy Ruiz Jr in 2019 – heading out to Saudi Arabia to avenge that loss and reclaim his titles later that year.

Joshua must do the same against Usyk in Jeddah this summer – with the two laying the groundwork for another battle with an intense stare-off on stage with neither man willing to break their gaze.

As the fighters took questions from press in attendance, the topic of Fury inevitably came up. The WBC champion insisted after his April knockout victory over Dillian Whyte that he is now retired from boxing.

Many expect the possibility of a fight to crown heavyweight boxing’s first undisputed heavyweight champion since Lennox Lewis will be enough to draw ‘The Gypsy King’ out of retirement, be it against Joshua or Usyk.

And Joshua again opened the door to that fight. Asked if the possibility of fighting Fury for all the belts is the biggest incentive heading into his rematch against Usyk, he said: ‘100 percent. It has to be. If I sat here and told you it’s not, I’d be lying to you, myself and the world.

‘For the fans it’s a must-win fight, the man’s retired but who knows? Retirement doesn’t mean you’re not allowed to come back.

‘I think if the opportunity presents itself, we will see if he comes back. but let me win this fight, then another door opens.’