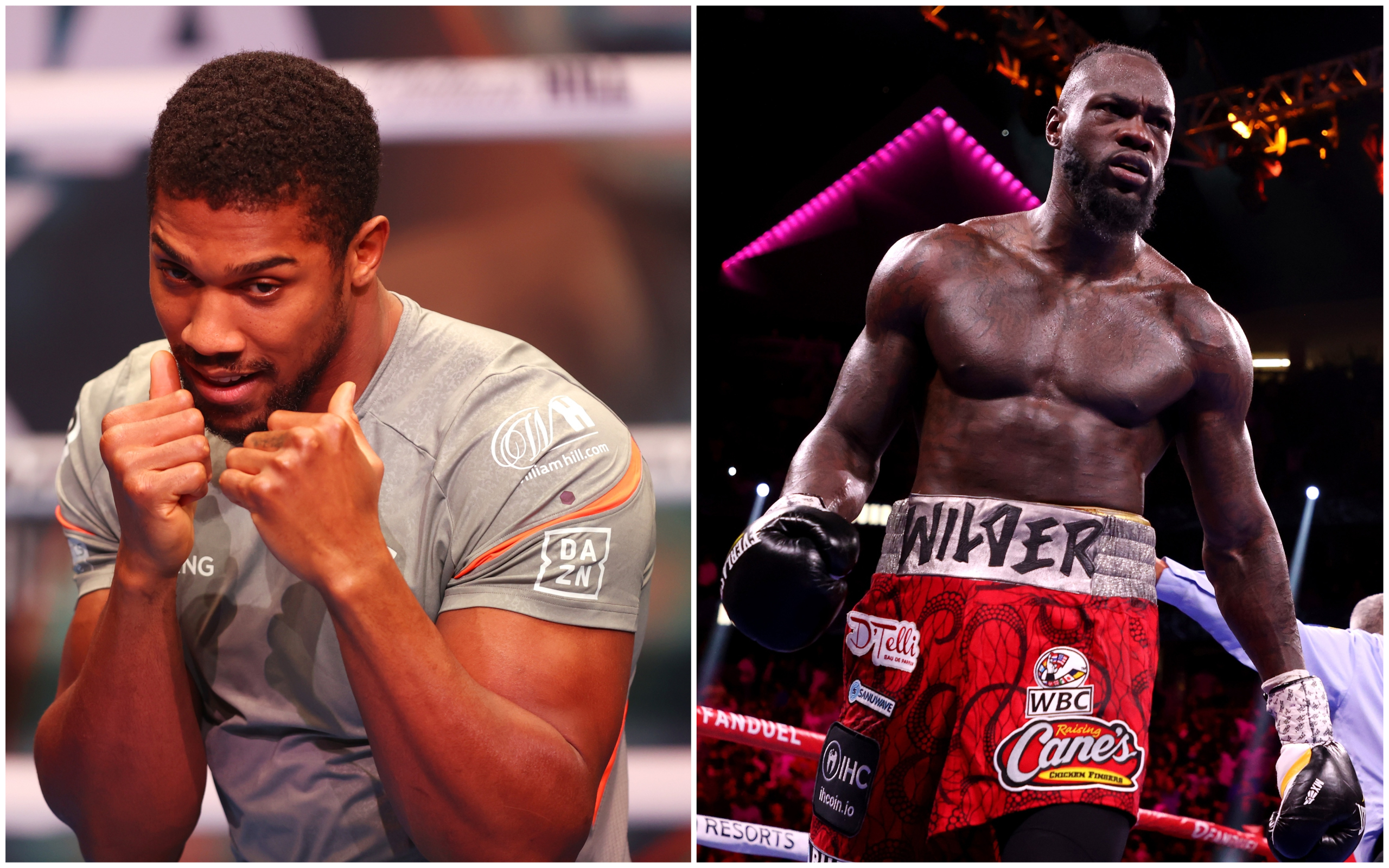 Anthony Joshua has suggested Deontay Wilder gave himself little chance of beating Tyson Fury in their trilogy fight by concentrating on his jab early in the contest.

Having enlisted the services of a new trainer in Malik Scott in preparation for October’s showdown, ‘The Bronze Bomber’ targeted Fury’s body in the early rounds to slow down the bigger man with jabs to the midsection.

That plan was halted when Wilder was floored in the third round. While he responded in style by knocking down the champion twice in an explosive fourth, Wilder emptied the tank as he chased more power shots and was viciously finished in the 11th.

Speaking during JD Sports’ Champions League of Everything, Joshua explained how modern day heavyweights are now so much bigger than their classic counterparts, making the job of constantly moving around the ring and out jabbing your opponent across 12 rounds all the more difficult.

Joshua added that in order to rule the heavyweight division, a fighter needs more in their armoury.

‘Not in this day and age, heavyweights are different,’ Joshua said, discussing if heavyweights can jab their way to success over 12 rounds.

‘I met the guy who makes gloves the other day, and he said that they never used to have to make special gloves.

‘But now heavyweights are 17 to 19 stone and six-foot ten. The whole division is changed in the last, like, five years.

‘And before, fighters could jab like that for 12 rounds and get away with it. They’d get a bit tired, but they were conditioned because they were lighter.

‘But now, when you’ve got big guys [who are] six-foot-seven, they get tired.’

On Wilder, Joshua added: ‘He tried, but to get that power and that ferociousness, you have to have it up here [pointing to his head].

‘Before you have it just here [clenching fists] at that level, you have to have it here [pointing  to his head] as well.’