Amir Khan claims he and Manny Pacquiao have both signed up for a fight and is
targeting a meeting in Saudi Arabia for November 8.

The 32-year-old Briton says the pair have both agreed terms with Riyadh the venue for a long-awaited bout.

Khan won the WBC international welterweight title with a fourth-round stoppage of Billy Dib in Jeddah on Saturday night. 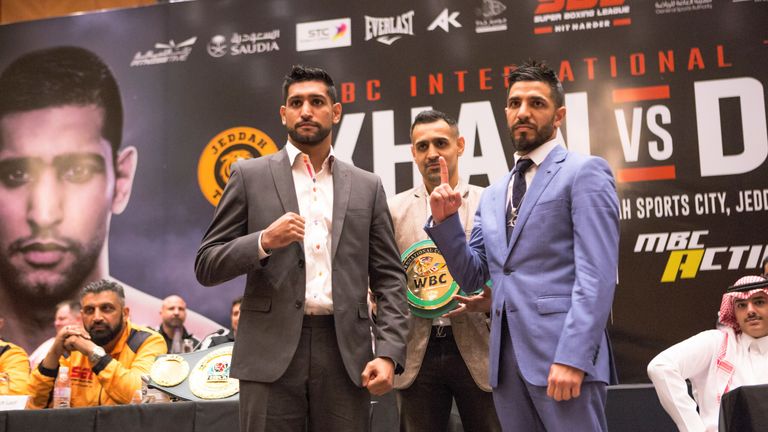 Now he intends to return to Saudi Arabia on November 8 to face former sparring partner Pacquiao, if the Filipino comes through unscathed against Keith Thurman in their WBA welterweight title fight in Las Vegas this weekend.

“Hopefully it could be the Manny Pacquiao fight, we have both signed and the fight is done and hopefully he gets past his fight on the weekend then we go and do that fight.

“If not there will be other back-up plans but we wish Manny Pacquiao all the very best for this weekend’s fight.”

Pacquiao is the favourite to see off Thurman on Saturday night but Khan believes their bout pencilled in for later in the year would still happen if the 40-year-old was to lose at the MGM Grand. 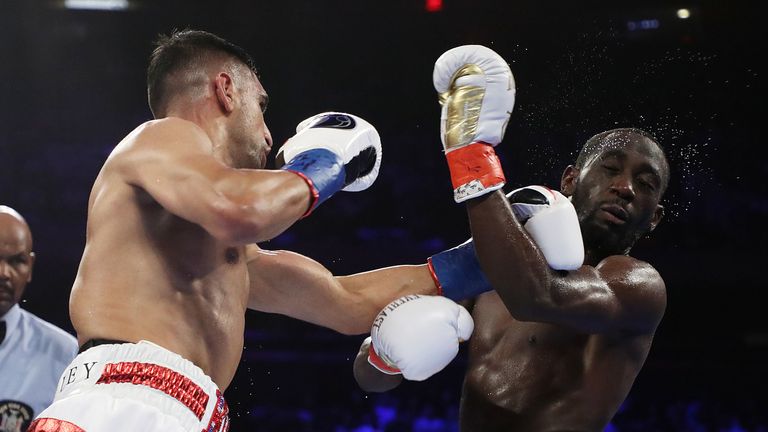 Khan added: “If he gets injured or loses, what happens there?

“I still think, even if he loses, it is a very big fight in the Middle East, there has been so much talk about it for many years.

“I just feel that Manny is himself and doesn’t get any injuries and the fight can happen.”

Asked about his personal relationship with Pacquiao, Khan said that would have to be put to one side when they touch gloves at some point in the future.

“We are friends,” he said. “The respect is always there but it is a business and sometimes friends have to fight each other.

“Once you are in the ring you switch on, it is the same with Manny Pacquiao, we have to go in there and see who the best is.