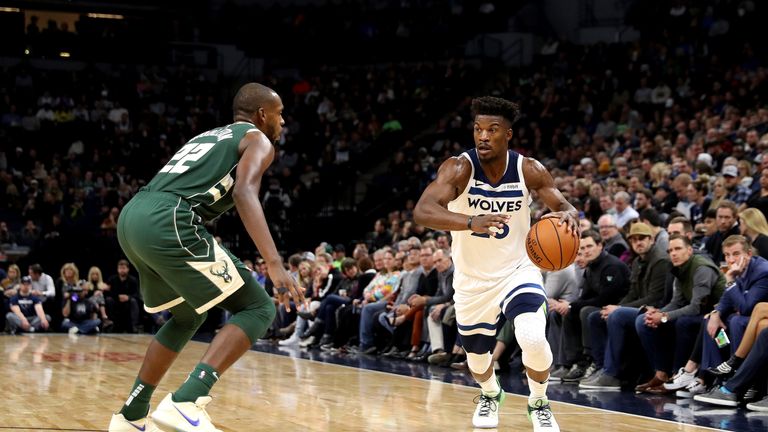 The Minnesota Timberwolves are showing “no inclination” to accept Houston’s
offer of four first-round draft picks and two players for disgruntled guard Jimmy Butler, according to a report.

The Athletic say the Rockets have included players Marquese Chriss, 21, and Brandon Knight, 26, in the trade package. Neither has played yet this season, and both are injured – Chriss with an ankle injury and Knight with a knee injury.

The four first-round picks in Houston’s offer is the maximum allowed under NBA rules. The picks also cannot come in back-to-back years.

Pairing Butler, a four-time All-Star, with All-NBA guards James Harden and Chris Paul certainly would boost the Rockets’ pursuit of a championship. Butler requested a trade during the preseason and has told Minnesota he plans to become an unrestricted free agent this summer.