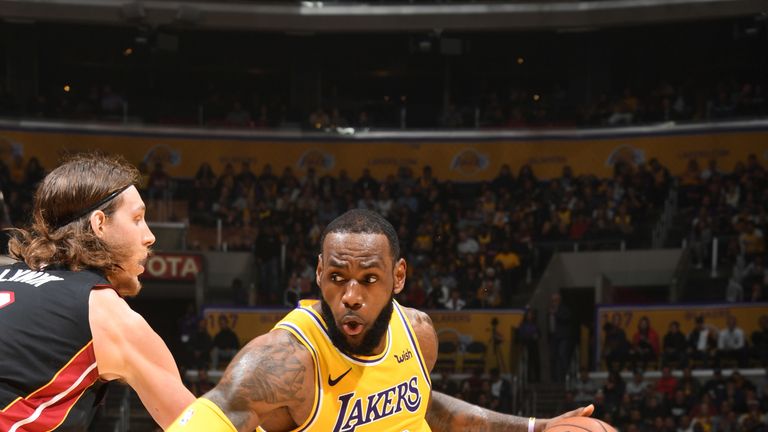 Kyle Kuzma scored 33 points and LeBron James added 28 as the Los Angeles Lakers held off the visiting Miami Heat 108-105 on Monday for their sixth victory in seven games.

In his final game at Los Angeles, and his final matchup against former team-mate James, Dwyane Wade produced 15 points and 10 assists.

Wade, who is retiring after the season, didn’t score his first points until five minutes remained in the third quarter. He ended the night 0-for-7 from three-point range.

Justise Winslow led the Heat with 28 points on 11-of-20 shooting from the field, including 6-of-10 from beyond the arc. Bam Adebayo scored 12 points and grabbed 10 rebounds for Miami.

James was 10 of 19 from the field and added nine rebounds and 12 assists, just missing out on his second triple-double with the Lakers.

The Lakers trailed by six points with seven minutes remaining, their biggest deficit of the second half. Los Angeles then went on a 13-2 run over the next three minutes, led by James, who had two three-pointers and a dunk during the stretch. 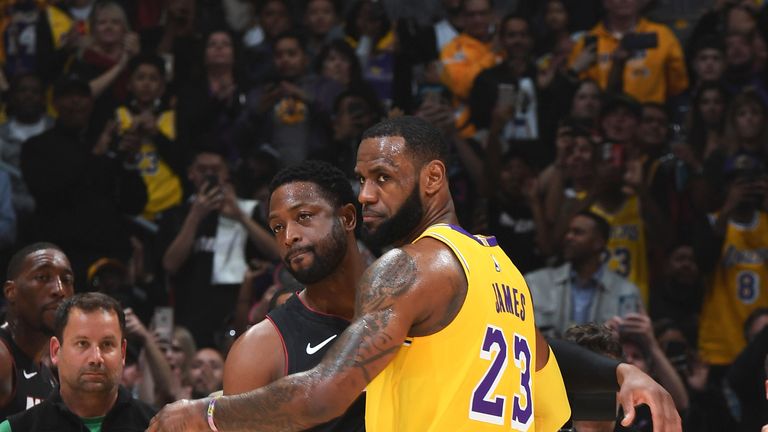 Kelly Olynyk scored 15 points for the Heat, while Josh Richardson and Rodney McGruder added 10 points each.

The game opened as more of a night for mutual respect. The Lakers played a video tribute for Wade during a timeout midway throughout the first quarter.

Wade and James then greeted each other with a hug at center court.

Wade went on to go scoreless in the first half, missing all five field-goal attempts, but he did have six assists.

The Heat held a 58-55 lead at halftime behind 17 points from Winslow.