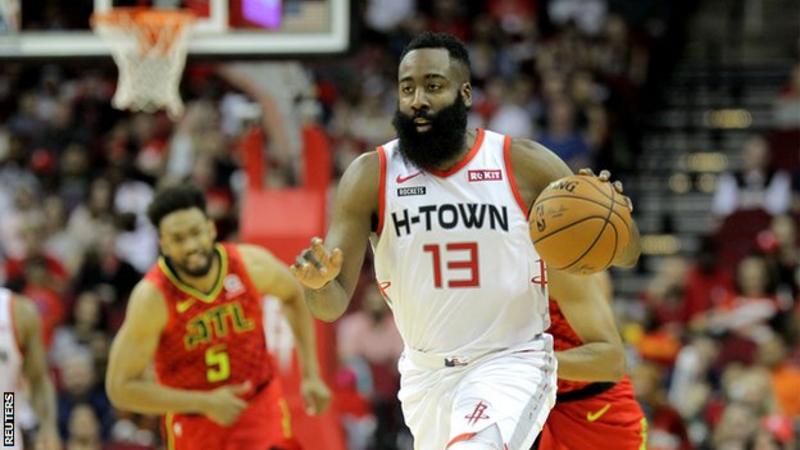 James Harden scored 60 points for the fourth time in his career during the Houston Rockets’ 158-111 NBA win over the Atlanta Hawks.

He played just 31 minutes of the game and fell one point shy of his career-high points haul of 61 points, which he has achieved twice.

Only Wilt Chamberlain (32) and Kobe Bryant (six) have more 60-point hauls and Harden is tied with Michael Jordan.

“That’s a great list right there,” said Harden, who also had eight assists.

“Those guys are something that I’m trying to get to. Hopefully when it is all said and done, I can be mentioned in that group forever.”

Against the Hawks, he scored 13 points in the first quarter, 18 in the second and 29 in the third.