Shyla Heal says she has been asked one question above all others after being taken at No.8 in WNBA draft earlier this month.

Does Charles Barkley have a daughter in the WNBA? 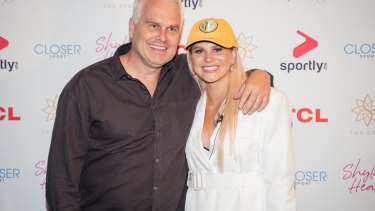 Shane and Shyla Heal after the latter was drafted by WNBA.

Heal isn’t sure. But if the time comes, she says she’ll be ready, thanks to the fighting spirit instilled in her by dad – and now coach – Shane.

Shyla and her father will join forces after the WNBA season at the end of the year after the 19-year-old on Friday signed a multi-year contract with the Sydney Flames, where Shane is coach.

First, though, Shyla will travel to the US for the WNBA season, which begins on May 14. The eighth pick makes her the fourth Australian female to be drafted in the WNBA Top 10.

After she was being selected by the Chicago Sky, Barkley, who works as an analyst for US broadcaster TNT, congratulated Shyla during the broadcast, before mentioning his famous run-in with Shane during a pre-Olympics clash with the Boomers in 1996. Things got heated on the court when Heal chest-bumped Barkley, with the two sides almost coming to blows. 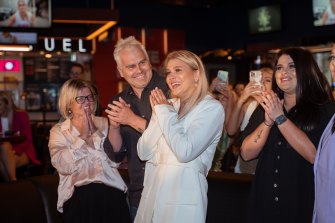 Shyla and her father will join forces at the end of the year after the WNBA season with the 19-year-old signing a multi-year contract with the Sydney Flames on Friday to be coached by her dad.

“People still talk to him about it all the time,” she said. “Dad talked all the smack, and he initiated it. I am the type of person who gets a bit feisty – if someone else initiates it, then I’ll pipe up a bit.”

Former Boomers guard Shane said he saw the clip from the broadcast and was shocked that Barkley remembered him after so many years. While Team USA won the game, the match was instrumental in Shane’s journey to the NBA stage.

“It’s nice to know Charles hasn’t forgotten me after 25 years,” he said. “It was a cool shoutout and it was he recognised Shyla too.”

Barkley’s daughter, Christiana, has forged a career away from basketball and won’t be perpetuating the family feud.

“I am also a fierce competitor and I hate losing so that competitive nature and feistiness has definitely been instilled in me since I was a little girl and it’s one of my biggest strength in the game,” Shyla said.

“Ever since I was a young girl I’ve been really into goal setting. And one of my main goals was not only to be coached by my dad in the WNBL but to win a premiership with my dad.”

Visa problems have delayed the start of Shyla’s WNBA career, with the teenager as yet unable to travel to the States. The Chicago club has already begun their WBNA camp with Heal feeling “a bit behind the eight ball”.

“I know it’s going to be a huge step and it’s something I’ve been preparing for. It has been a dream of mine since I was a little girl,” she said. “It will probably become more realistic once I get on the plane and get my visa.”