Basketball sensation Andrew Bogut is reportedly nearing a return to the NBA after an award-winning season in the NBL.

The Golden State Warriors and Philadelphia 76ers are among "multiple contenders" interested in signing the 34-year-old centre, The Athletic's Shams Charania tweeted on Sunday. 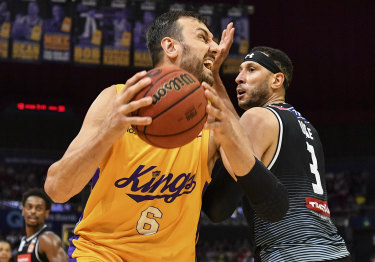 His NBA career highlights include winning a championship with the Warriors in 2014-15 and making the All-NBA Third Team with the Milwaukee Bucks in 2009-10.

An unsigned free agent, Bogut returned to Australia and played for the Sydney Kings in 2018-19. He was named the NBL's most valuable player and best defensive player. He averaged 11.4 points, 11.6 rebounds, 3.4 assists and 2.7 blocks and helped the Kings reach the playoff semifinals.