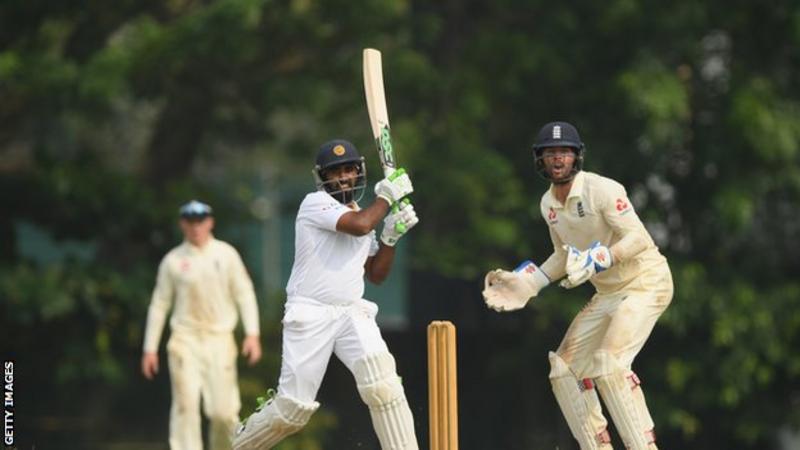 England used three wicketkeepers on the opening day of their two-day tour match against a Sri Lanka Board President’s XI, who declared on 329-9.

With Jonny Bairstow recovering from an ankle injury, England gave Jos Buttler, Ben Foakes and Ollie Pope time behind the stumps in Colombo.

The hosts had 90 overs, regardless of wickets, and three batsmen retired after making half-centuries.

England will bat under the same playing conditions on Wednesday.

Both teams could field 14 men, and the touring side used eight bowlers – seven before lunch – though Ben Stokes instead spent long periods in the nets.

Root had said on Monday that Buttler was likely to stand in should Bairstow not be fit for the first Test, which starts on Tuesday, 6 November.

England did not make a breakthrough until the 39th over, when James Anderson found the edge of Lahiru Thirimanne.

And Stuart Broad, whose place in the Test team is reported to be in doubt, failed to strike in his 11 overs.

The spinners made an impact as the day wore on, Moeen Ali taking a wicket either side of tea, Rashid striking later in the session and Denly claiming a wicket with the last ball of the day.