Home » Сricket » NASSER HUSSAIN: Full English is too much for India at Headingley

NASSER HUSSAIN: Full English is too much for India to stomach at Headingley as Joe Root’s side demonstrate how much they learned from that fateful Lord’s final day by pitching it up

Everyone makes mistakes. Everyone gets it wrong at times and there’s no doubt England and Joe Root got it badly wrong on that fateful final morning at Lord’s. But the best thing about their bowling performance on day one was how much they learnt from that mistake.

I do understand why they got it so wrong in the second Test. It was because their main man in Jimmy Anderson was targeted by Jasprit Bumrah on that third evening and you have to allow for the emotion that got to them. Here they corrected it spectacularly.

I have said India’s batting looks fragile and I still cannot believe they are going into a series in England against a Dukes ball with such a long tail. And that still applies despite what Bumrah and Mohammed Shami did at Lord’s. 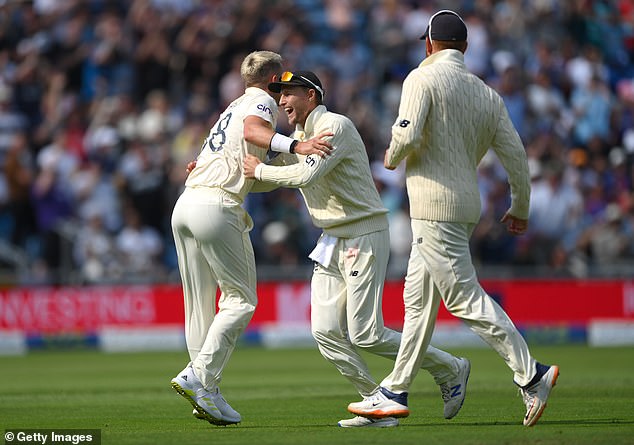 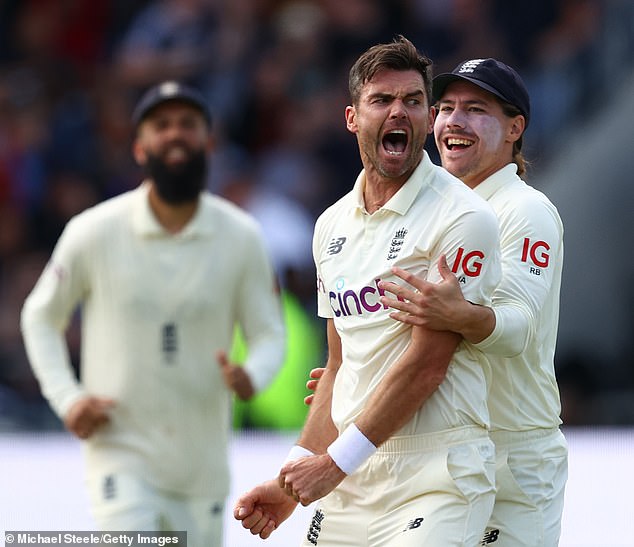 It’s like the tail my England side fielded in 1999 at the Oval against New Zealand when we had basically four No 11s in Andrew Caddick, Alan Mullally, Phil Tufnell and Ed Giddins. New coach Duncan Fletcher said: ‘Never again.’

Now India are going in with four No 11s. It cannot be the way to go in England — you can always lose a couple of early wickets, as they did on Wednesday, and your No 8 in Shami has to start looking for his pads.

Here England realised the way they were bowling was good enough to dismiss Rohit Sharma and Virat Kohli, two of the greats in world cricket, so it was good enough to send back Shami and Mohammed Siraj. That meant bowling top of off stump repeatedly.

Joe Root had an excellent day in the field, starting with keeping Anderson on for a long spell so that he could have another go at Kohli. Eight overs is a lot for a 39-year-old in such a congested series but it paid off — as did Root’s decision to hold Anderson back in the afternoon when Sam Curran and Craig Overton were taking wickets. 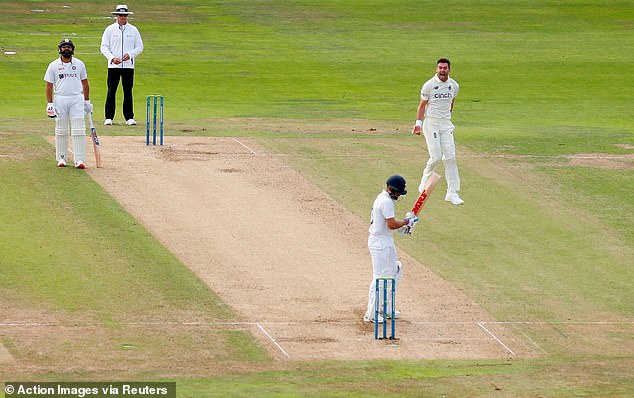 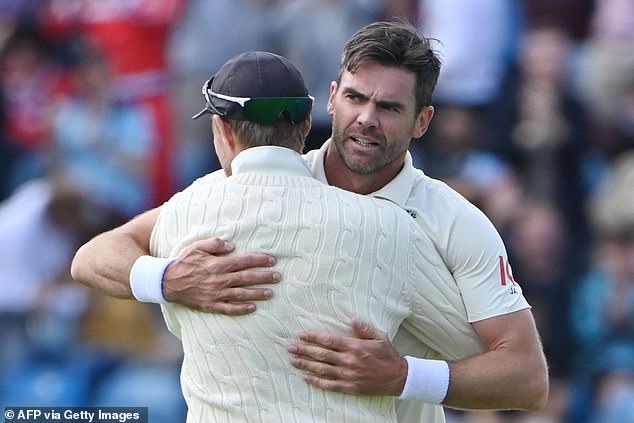 England captain Root made excellent decisions in how he used Anderson, 39, on day one

The key at Headingley is bowling the right length. That means 30 centimetres fuller than at most other grounds because the ball can do too much and miss the edge of the bat if you hit that back of a length that can be so effective elsewhere.

England had a ball that swung from the off — in contrast there was no swing for India — and that made them more confident in bowling a fuller length. They found the perfect length with a moving ball from the off.

And that was good enough to dismiss Kohli cheaply again. I did a masterclass for Sky with Virat when he said he had made a change to his technique after a disappointing tour of England in 2014. In that series Kohli’s back foot was not moving how he wanted it to, his alignment was horribly wrong and he was nicking too many balls.

So when he came back four years later he made sure that back foot was much squarer and pointing towards cover point. It led to a much more prolific series against Anderson and Co but now his back foot is not moving the way he wants again.

Kohli was also leaving a lot of balls in 2018 and said that you have to put your ego away in England. I’m not saying he hasn’t done that now but his brain is a bit scrambled and he’s playing at a lot of deliveries he could leave. 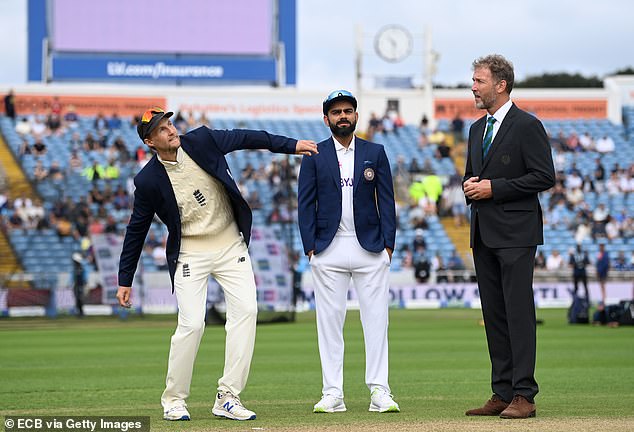 But for all England’s dominance, it is tough to say that Kohli chose wrong at the toss

There are other areas of concern for India. As I said before this game Rishabh Pant looks a place too high at six in England against the moving ball. It’s a luxury they can afford in home conditions but not here. The same goes for Ravindra Jadeja at seven.

And I think they have selected wrong here. Looking at the way this pitch has played they would have been a stronger side for having Ravichandran Ashwin at eight instead of one of the four seamers.

Particularly with five left-handers in the England team.

Did Kohli get it wrong in deciding to bat? That’s a difficult one because it is usually a good pitch here but Root was planning to bowl if he’d won the toss because history tells you the surface gets better and better.

What Wednesday confirmed is that there are holes in this India line-up and they were exploited brilliantly by England on another great day of Test cricket.