NASSER HUSSAIN: This talented England team can take their game to the next level in Sri Lanka, but Jonny Bairstow must show he is a frontline batting option, Joe Root has to go big and Jack Leach needs to find rhythm

England begin their busiest 12 months of Test cricket in earnest when the rescheduled series against Sri Lanka gets underway in Galle on Thursday.

With Ben Stokes and Jofra Archer among those missing out, opportunity knocks for the likes of Jonny Bairstow and Dan Lawrence, while Jack Leach returns for the first time since 2019. 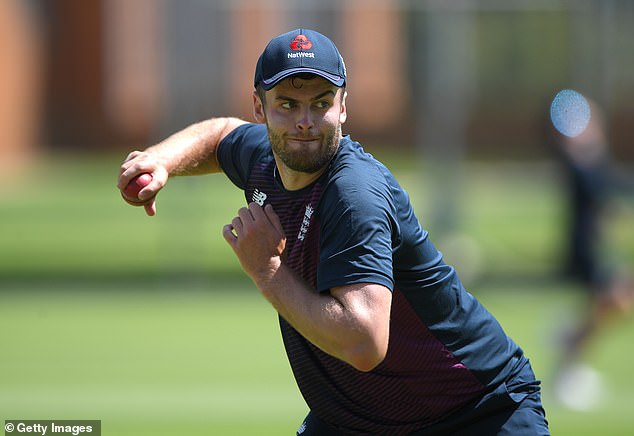 He has made an excellent start and occupies the crease brilliantly. The area he needs to work on is a release shot against spin. Can he find an area in which he is confident he can hit a boundary — be it a sweep, slog-sweep, ping over the top — just to push fielders back?

We saw last summer he got a bit stuck in this regard. As Shane Warne will tell you, spinners love bowling six balls at one batsman. An effective release shot allows him to knock it for one, once the opposition react by changing the field.

He needs to prove that the stunning 267 against Pakistan in his last Test was not a one-off. It is difficult to follow up a great innings like that; the expectation is that you are going to bat like that all the time. The fact is, that might be the best he ever plays.

But if he grinds out a score of 70-odd in Sri Lanka, when the ball is spinning and batting is tough, it might be just as valuable. He does not have to produce the perfect innings every time.

Many believe he is one of the best six Test batsmen in the country, and he needs to reaffirm that. His white-ball batting is among the best in the world but he needs to move on in the longer format.

The gloves have been taken away from him and he has this “why always me?” attitude which he uses positively to prove people wrong.

This is a good chance to show, as he did in the last series in Sri Lanka — when he batted at three, got a hundred and directed his celebrations to the selectors and the dressing room — that he is a frontline batting option.

He has been working hard with Graham Thorpe on a vulnerability to getting out bowled and lbw against quicks but that should not be an issue here. 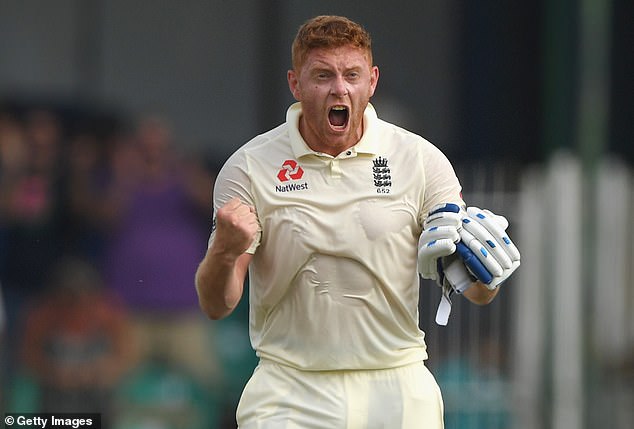 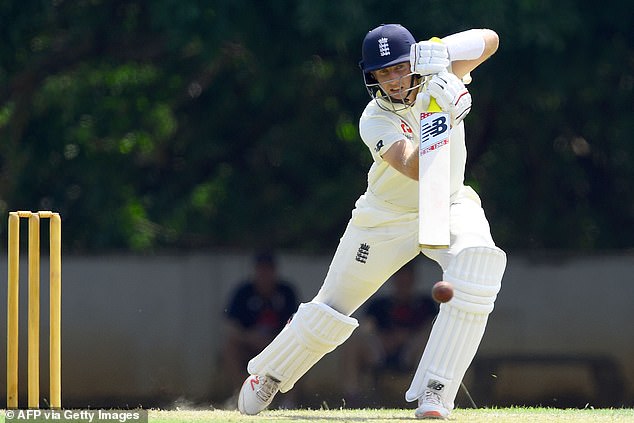 His goal is to go back to the standards he expects of himself. He is averaging 48 in Tests but knows he is better than that. He has been placed in the same bracket as Kane Williamson, Virat Kohli and Steve Smith but they have moved away of late. He needs to return to getting big runs.

I would not have made the technical change he did — getting a long way back and across rather than relying on his customary natural movements — just because Pat Cummins and Josh Hazlewood worked him over in the Ashes.

He also needs to stop getting out between 50 and 100. He now has Jacques Kallis around, one of the greats in batting big, so let us hope his influence rubs off.

He may just have two games — you would think Ben Stokes and Ollie Pope will come back in India — so he needs to get a score. As soon as you get one in a Test it gives you confidence.

Mentally, you feel a million dollars once you know you belong. It will be hard because there will be men around the bat and the ball will be spinning. He may not be facing Muttiah Muralitharan or Rangana Herath but batting in Sri Lanka is tough. His spin bowling will be used too.

Under pressure against Pakistan at Old Trafford last summer his batting was excellent and he built on that in subsequent Tests. With tours of Sri Lanka and India ahead, though, the focus will turn to his keeping.

He is good standing back but with Ben Foakes and Bairstow in the wings his work up to the stumps will be under the microscope.

He would be my selection as he has earned the right and the only way he will get better keeping to the spinners is via greater exposure. It is hard when it spins out of the rough — mistakes are inevitable.

But as we have seen with India’s Rishabh Pant, it is swings and roundabouts. What you lose with the odd missed catch or stumping, you gain with runs. 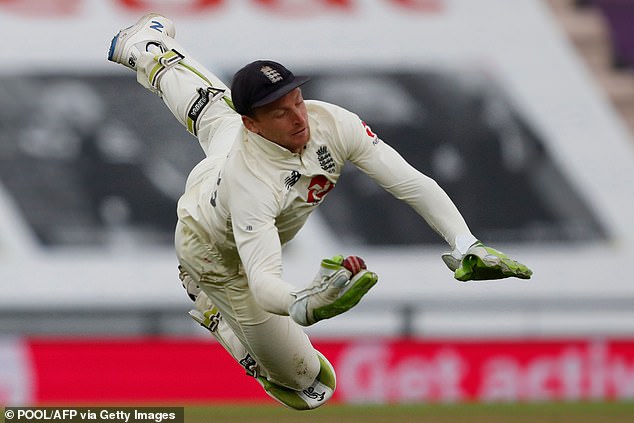 A guy who finds it difficult to get into the side yet, when he does, everyone asks how he was left out. England look a batsman short without Stokes, so the onus is on him to produce runs from No 7.

With the ball, the likes of Darren Gough and Matthew Hoggard have bowled cutters successfully as the Galle pitch tires, a skill in which Curran is highly proficient.

This will sound harsh, but he needs to keep improving. He is still a novice in terms of the number of deliveries bowled, and when he plays Tests in England it is only in a holding role, so he is not doing much. But he can only say ‘I’m still learning’ for so long.

At some stage you get handed the ball with the instruction: ‘Here you go, bowl them out.’

His issue is control of length. Finger spinners tend to drill away in one spot, ball after ball, but Bess does not.

He has worked nicely with his action and his seam position is better than when he made his debut — it is getting him drift and dip — but that now needs to be married to greater discipline.

Spinners are all about rhythm. They need to bowl, bowl, bowl. Yet he has played two first-class matches in 14 months because of his own health and then Covid. It cannot be easy for someone who suffers from Crohn’s disease — both physically and mentally — in a place like Sri Lanka.

But he is a fighter, someone who has had things tough and succeeded, and he just needs to continue with that.

There is no better place for him to re-start his international career than Sri Lanka, where he took 18 wickets in a 3-0 win a couple of years ago. I have always believed in picking on character and he has a lot of it. 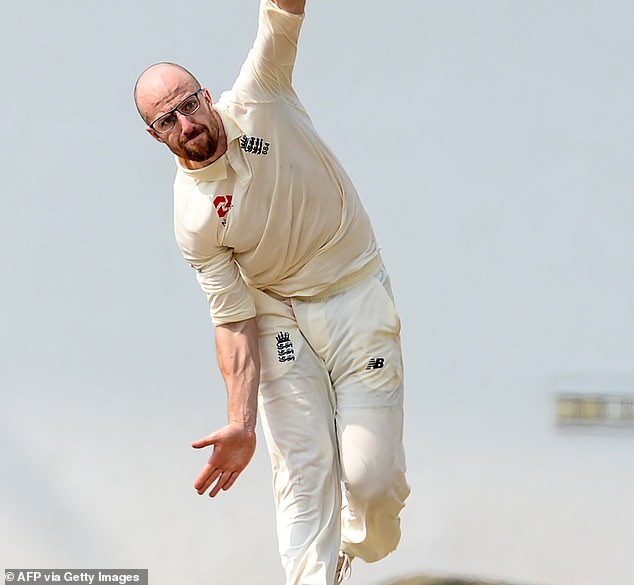 I put these two in the same category. They have little to prove to anyone. They are not going anywhere soon either. A shared stubbornness and will to be miles ahead of their rivals, is what makes them the cricketers they are.

The challenge because of Covid and bubbles is to go from one extreme to the other: from no bowling — the last time they played was August — to potentially a lot of bowling. There are 18 Test matches in the next 12 months, and so is it best for them to keep bowling, or should they be rotated?

I would rotate. What is the point of both bowling ball after ball on these pitches? Equally, though, if you do not select one of them it could be another month without match intensity.

He needs to show he is effective on these slow, low, turgid pitches. When you look at England’s recent wins away, it has been when the ball has done a bit.

Why do England do well in South Africa? Because a) most of the pitches are quick and bouncy and b) it does a bit. So, when Wood was steaming in and winning the man-of-the-match award in the most recent assignment overseas at the Wanderers, he looked a fantastic Test match bowler.

But if I was India or Australia playing England, I would just prepare good pitches — but not ridiculously flat ones — so that Joe Root needs to unearth some X-factor.

At Galle, in the absence of Jofra Archer, Root might need something different on day one when the new ball has lost its hardness but is yet to start spinning, and Wood will be asked to provide it. I think he can — because of his massive heart.