Home » Сricket » My Test in the bubble: Two temperature checks and Beacon trackers

My Test in the bubble: Two temperature checks each day, a health questionnaire, ‘Beacon’ trackers as well as Zoom press-conferences… inside England’s defeat by West Indies at the Ageas Bowl

It has, of course, been like no other Test I have covered.

Never before have I had to fill in a health questionnaire and pass two temperature checks each day before I am allowed into the ground.

And never before have I been kept at distance from players, broadcasters and everyone but 11 other writers in our own corner of the Shane Warne Stand at the Ageas Bowl. 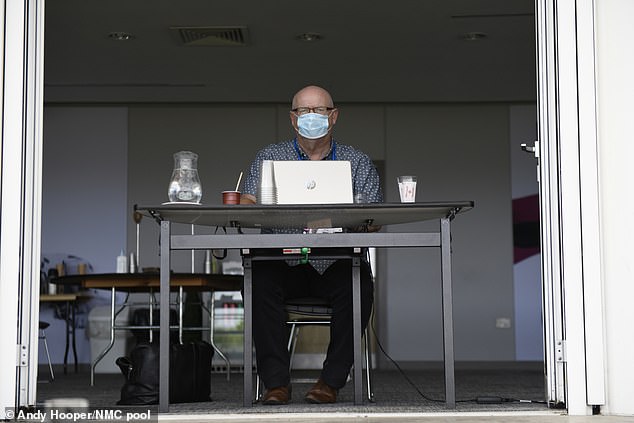 And we are equipped with ‘Beacon’ trackers, too, to make sure we do not stray outside our zone and the ECB can trace who we have been in contact with throughout the Test.

Cricket’s very own Project Restart has taken biosecure elite sport to another level. England, West Indies and broadcasters from Sky and the BBC have, of course, stayed on site at the Hilton Hotel that has made Test cricket possible this summer at this well-appointed Hampshire ground.

The home side have been on the top level of the three-floor hotel — and Ben Stokes showed how selfless he is by giving up the captaincy suite, once Joe Root had vacated it, to a member of the backroom staff.

West Indies are in the middle and the broadcasters on the bottom floor. And none of them must stray on to another level. 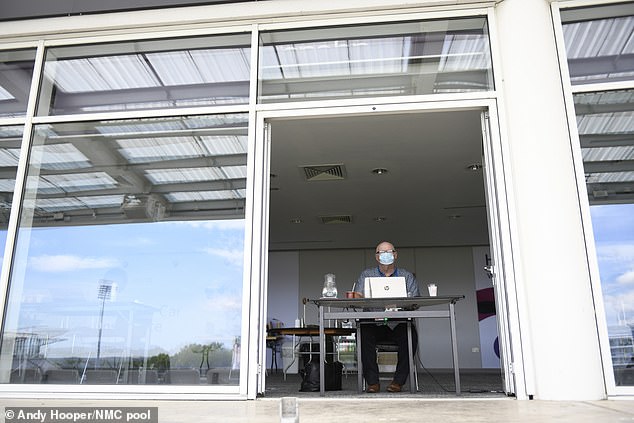 The 12 written journalists lucky enough to have been invited have been on the other side of the ground and have had to put up with just each other’s company — lunch is served on tables for two to ensure social distancing — and Zoom video press conferences.

Our only visitor throughout the Test has been Hampshire chairman Rod Bransgrove, who has the same ‘outer zone’ status as us and has not even been allowed into the pavilion that bears his name.

We are allowed out after play but were asked not to visit any pubs or restaurants and to take every precaution to ensure that nobody could bring the virus into the ground. Car sharing has been out and public transport discouraged.

Even the lack of fans has not felt too unusual. That has just made it like a Test in Abu Dhabi or Dubai or an England warm-up game at the start of a tour. Only more intense. 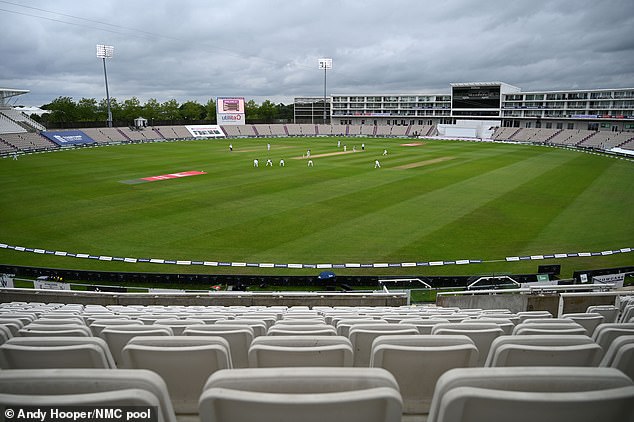 And the whole operation has been a financially life-saving success for the ECB. They are not the only ones who deserve credit. Hampshire certainly should get more international cricket when normality returns on the back of their part.

Sky TV had an outstanding match, too, from the powerful and emotional start on Wednesday when Michael Holding and Ebony Rainford-Brent featured in one of the most important openings to any sports broadcast.

Then they set the agenda on day three when Stuart Broad ventured into their Big Brother- style diary room to drop a few carefully aimed bombs on the England selectors.

Cricket is back with a magnificent first Test.

Now it’s more Covid tests all round and the show moves on to Manchester.