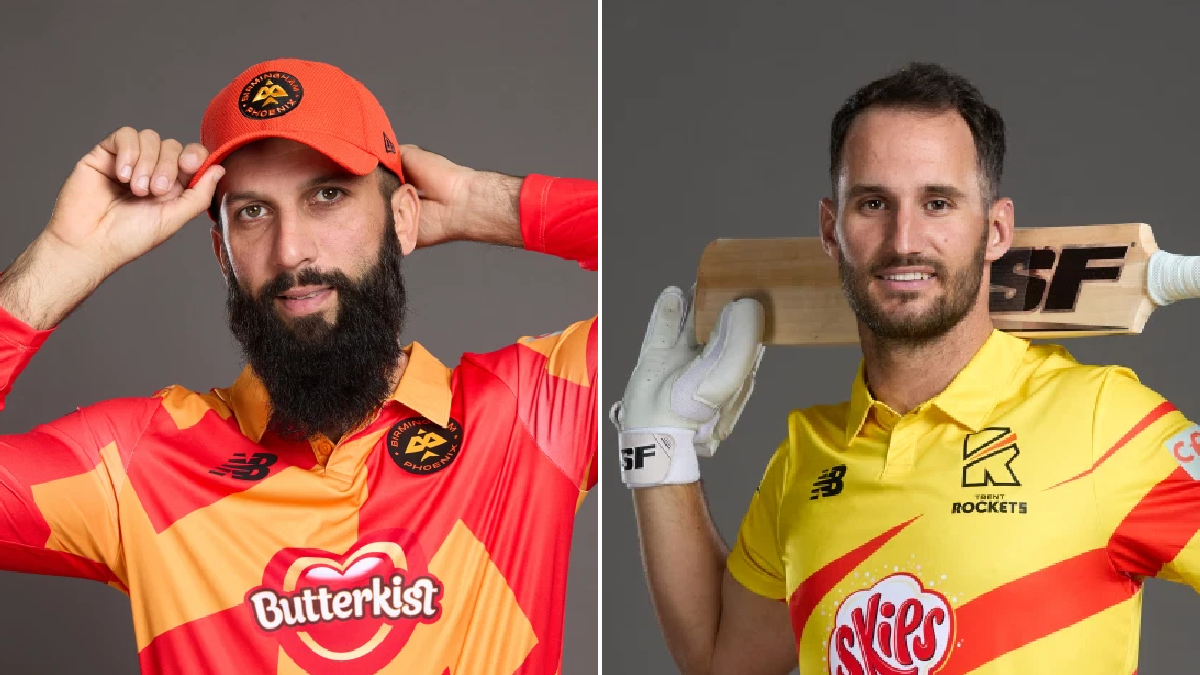 Ahead of the launch of The Hundred, Metro.co.uk spoke to Birmingham Phoenix captain Moeen Ali and Trent Rockets skipper Lewis Gregory.

The Hundred is a new cricket competition introduced in England featuring eight-city based teams with both men’s and women’s sides.

Morning guys! So The Hundred is finally here. Excited?

Yeah, very excited actually. It’s obviously been talked up a lot recently, especially in the last few weeks. People have been talking about who’s got who in the team and how the games are going to play out and stuff like that. So yeah, very exciting. I think it will be an amazing competition and a great format. I’m just looking forward to cracking on now because it’s obviously been a couple of years in the waiting. I think all the players are very excited.

It’s obviously a new format, but how different will it be from T20 cricket?

No one has actually played it before and there’s a few little tweaks in the rules so we’re all interested to see how the new tactics unfold. Obviously bowlers can bowl ten balls in a row but I’m not sure how often that will get used. Ultimately I think it’s going to play pretty similar to T20 cricket. Maybe it will be a fraction quicker and guys will be going a fraction harder with 20 balls out of the game. I expect it to be real high-tempo and fast cricket and really exciting for all the crowds and viewers.

Do you agree, Mo?

I think so, yeah. As the competition goes on it might get a little bit more tactical. But at the minute I’m guessing teams will just crack on and see how the first few matches go. It will be a little different but not very. It’s going to be interesting to see how different teams use the tactics for sure.

Moeen, tell us about your team, Birmingham Phoenix…

We’re got some very good players and importantly, they’re in good form as well. Like many of the teams, we’ve had a few withdrawals with injuries and stuff but I’m very excited to play with some players that I don’t even know much about and haven’t played with before. That side of the game will be really interesting.

Trent Rockets are packed with experience – will that bode well for you, Lewis?

With a lot of the competitions you see now, it’s guys with experience doing well. Hopefully our experienced players can show their class. I think we’ve got a really well-balanced squad and I feel like it gives us options in terms of how we want to go about games and tactics.

The Rockets have signed the No.1 T20 batsman in the world, Dawid Malan, and white-ball superstar Rashid Khan. How excited are you to team up with those guys?

As we’ve said, The Hundred won’t be too dissimilar to T20 cricket and those two guys have been smashing it in that format. I think we’ve got a lot of power throughout and you’re going to need that in this format. Alex Hales up top will hopefully hit the ground running and Dawid is one of the best T20 players in the world. You bring in quality like Rashid Khan and wherever he goes he seems to perform well. It will be really exciting to see how those guys go, hopefully they can dominate.

The Phoenix made Liam Livingstone their first pick at the original draft in 2019. Given his recent heroics for England, that seems like a wise move…

For sure! He’s been in great form and he’s definitely on an upward curve in his career. It’s a great time to have him in your team. He’s a fantastic player and a good lad so I’m really excited to see what he can do for us. But we’ve got plenty of other good players as well. Imran Tahir should be great with his experience. We’ve got a well-balanced side too so hopefully we can get on a roll.

You’ll be working with New Zealand legend Daniel Vettori as well Mo. Excited for that?

I’ve done some work with him before in India with Royal Challengers Bangalore and he’s a top guy and a very good coach. It’s great for players to work with different coaches, especially if they have lots of experience and have played international cricket. That’s another good thing with franchise cricket, you get to meet different coaches and usually there’s something you can pick up from them.

Former England coach Andy Flower takes charge of Trent Rockets. How do you feel about teaming up with him, Lewis?

It’s going to be great. Similar to what Mo said, it’s a different set of eyes and a different set of ideas, that’s always helpful. We all know what Andy did with England, he’s had a great coaching career. I can’t wait to pick his brains and get some golden nuggets of wisdom from him. Hopefully the team can start doing that pretty quickly and get on a charge.

Rockets signing Alex Hales has been in great form in the T20 Blast – he’s surely going to be one of the stars of The Hundred?

Yeah, he’s obviously an incredibly destructive player and he’ll be at his home ground [Trent Bridge] where the boundaries are pretty small and the pitches are pretty good so it’ll be nice to see him in full flow and taking bowlers down. Thankfully I won’t have to bowl at him for once! He’s been in great form in the Blast so fingers crossed we see the best of him in The Hundred.

Mo, you know Phoenix signing Pat Brown better than most. Do you think your county teammate can impress in The Hundred?

He hasn’t bowled much lately because of an injury but I’m hearing he’s close to being back fit. We’ll obviously have to assess him. He brings a lot of skill actually, he’s very good at the death. He loves competing and I’m looking forward to playing with him again actually. He’s obviously been out and it hasn’t been easy for him but hopefully he can kickstart his career again in The Hundred.