The stage is set for Nathan Lyon to try and bowl Australia to victory on the final day of the third Test after India were tasked with a record SCG run chase of 407 on Sunday.

On a fourth day where the lowlight was allegations of crowd abuse of Indian fast bowler Mohammed Siraj, Australia edged closer towards clinching a 2-1 series advantage with Cameron Green providing the highlight with an entertaining 84, the 21-year-old's maiden Test half-century.

There is still work to be done, though. India, who will resume at 2-98 in their second innings, are 308 runs behind but still have the indefatigable Cheteshwar Pujara, the major thorn in Australia's side two summers ago, and captain Ajinkya Rahane unbeaten on a slow pitch that isn't doing a lot. 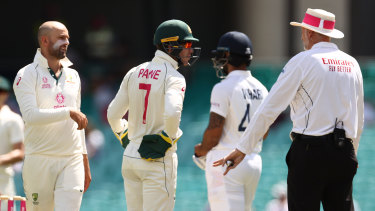 Nathan Lyon and Tim Paine question umpire Paul Wilson over a DRS referral against Cheteshwar Pujara. The spinner will be a key figure on the last day of the SCG Test.Credit:Getty

However, India are down on troops, with the injured Rishabh Pant (elbow) and Ravindra Jadeja (dislocated thumb) nursing wounds from their first innings and only the former likely to bat on Monday.

Lyon has had to take a back seat this summer with Pat Cummins and Josh Hazlewood claiming the lion's share of spoils with the ball, but the situation is tailor-made for a spinner to cash in.

"I thought he bowled really well in the first innings without luck," coach Justin Langer said on Sunday night. "He might get a bit more luck in the second dig. I'd be surprised if Nathan doesn't play a big part tomorrow."

India's assignment is momentous. The highest successful fourth-innings total at the SCG was 288 by Australia in 2006 when Ricky Ponting scored the second of twin tons.

The tourists began confidently, with Shubman Gill, one of the finds of their tour, forming another productive opening partnership with the more decorated Rohit Sharma. The pair put on 71 runs in 22 overs on Sunday afternoon until the re-introduction of Hazlewood 45 minutes from stumps delivered immediate dividends, with Gill marched for 31 when Hot Spot confirmed an edge to Tim Paine.

Not to be outdone, Cummins also chimed in with another key breakthrough, removing an attacking Rohit for 52, caught at fine-leg by Mitchell Starc.

The fourth day of the match had begun with a familiar sight — batting kindred spirits Steve Smith and Marnus Labuschagne treating the oval as their own personal playground.

They batted with the dual purpose of widening the Australian lead and increasing the wear and tear of a tiring Indian attack missing Jadeja, hurt the previous day by a ball from Starc.

There was also the opportunity for individual gain for the pair, with Labuschagne out to go all the way after falling nine runs short of a hundred in the first innings and Smith's sights on back-to-back tons after his 131 on Friday.

In the end, the personal milestones eluded both. Labuschagne was given a life on 47 when Hanuma Vihari dropped a stone-cold sitter at square leg but ran out of luck on 73 when he gloved Jasprit Bumrah down the leg side and was caught by stand-in wicketkeeper Wriddhiman Saha.

Smith fell for the third time in the series to Ravi Ashwin, trapped lbw for 81. The former captain was given not out on the field by umpire Paul Reiffel when wrapped on the pad trying to prod a ball from Ashwin to the off side. But he left looking at the big screen and shaking his head as, on review, the ball-tracker found the delivery was just hitting in line with leg stump, forcing the decision to be overturned.

Green, too, for just a moment appeared as if he might bludgeon his way to a maiden Test century, belting Shiraj back over his head for two sixes and smacking an exasperated Bumrah to the second tier of the stands with another.

The all-rounder was held up as umpires, ground officials and police acted on India's report of abuse from the crowd, but ultimately got stopped short of a ton when he attempted another heave off Bumrah but clipped the ball with the bottom of his bat and was caught behind by Saha.

With the Green show over, captain Tim Paine (39 not out) promptly declared Australia's second innings at 6-312 at tea, giving his team five sessions to bowl out India. 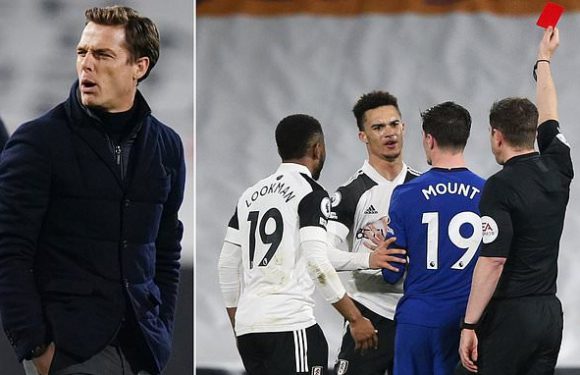 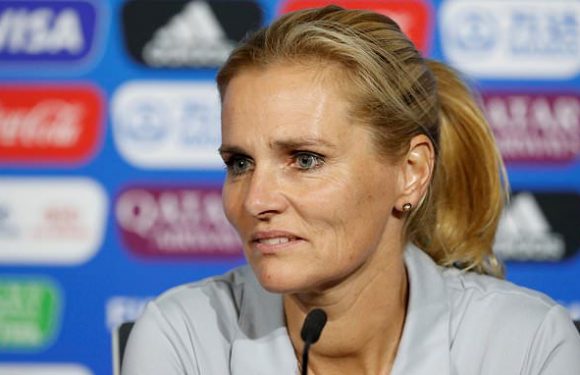 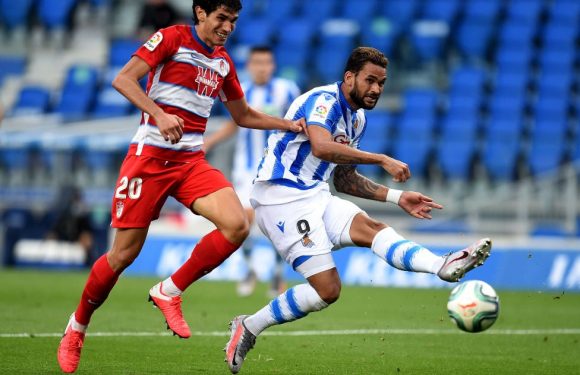