It surely ranks among the most picturesque backdrops in Test match cricket.

The Galle Fort, first built by Portuguese settlers in the 1580s and strengthened by the Dutch during the 17th century, stood proudly over Tuesday’s opening day of the series between Sri Lanka and England.

It’s UNESCO-protected granite stone ramparts have seen plenty of visitors over the centuries and this time it was English cricket fans admiring the view from them. 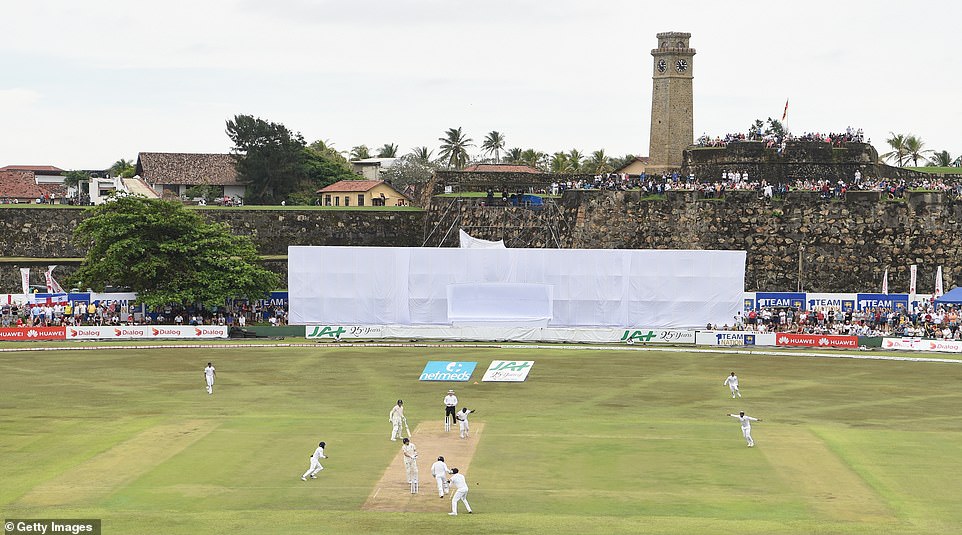 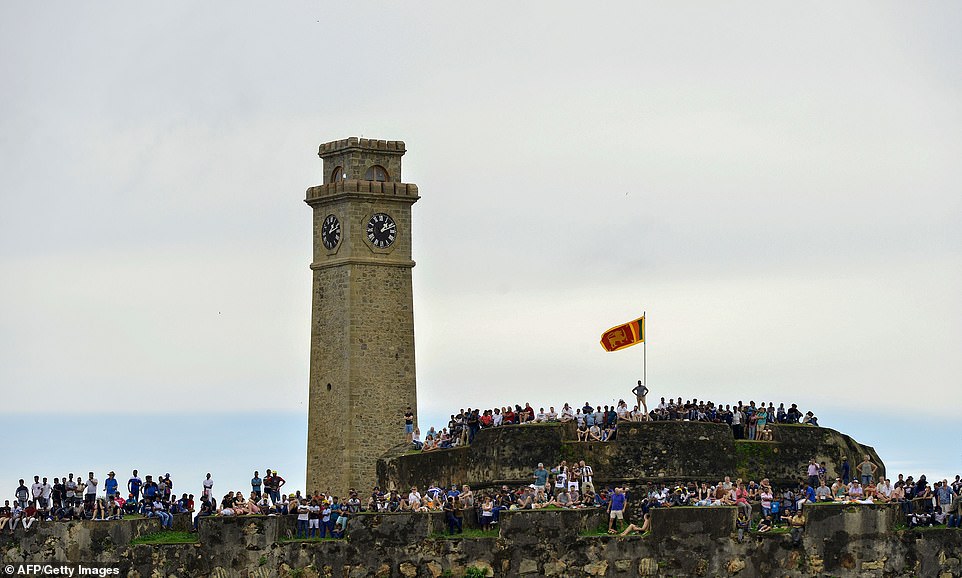 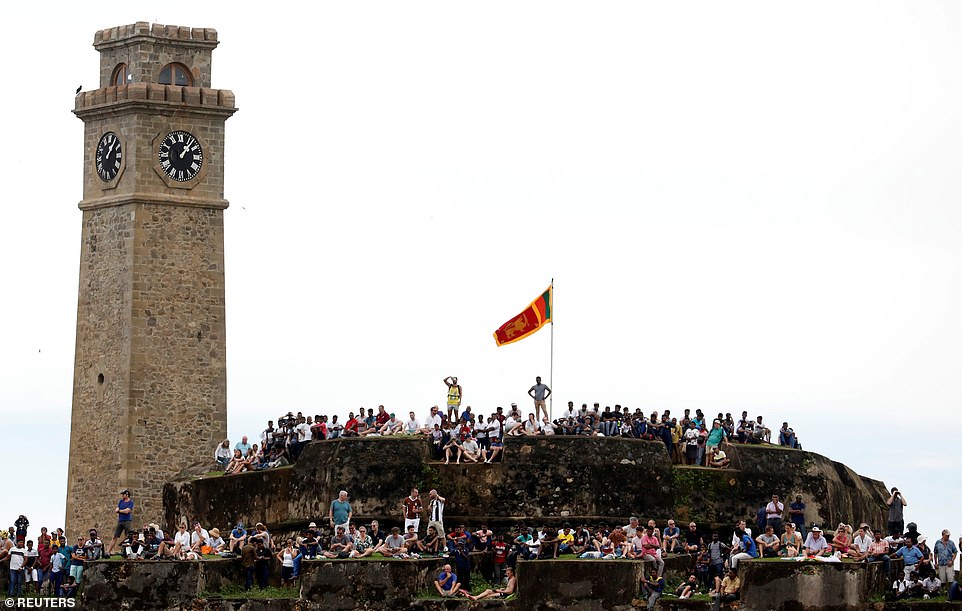 Hundreds of travelling fans – plus plenty of locals – enjoyed a clear – and free – view of the opening day of the first Test from the fortress walls.

They stand adjacent to the Galle International Stadium where England, who put themselves into bat, slumped to 103 for five before rallying to 306 for eight at stumps in their first innings.

The Galle venue, which dates back to 1876, has long been considered one of the most beautiful in top class cricket, flanked on one side by the fort and two sides by the Indian Ocean.

Galle, a city in the south-western corner of the island of Sri Lanka, can trace its origins back to the second century AD, when it featured on the Greco-Roman geographer Ptolemy’s map of the world. 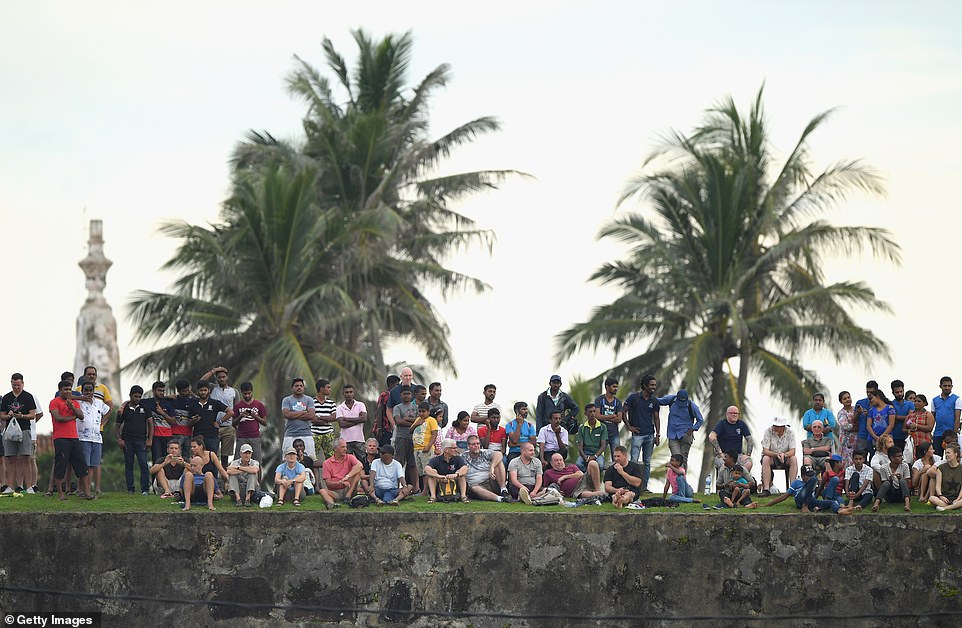 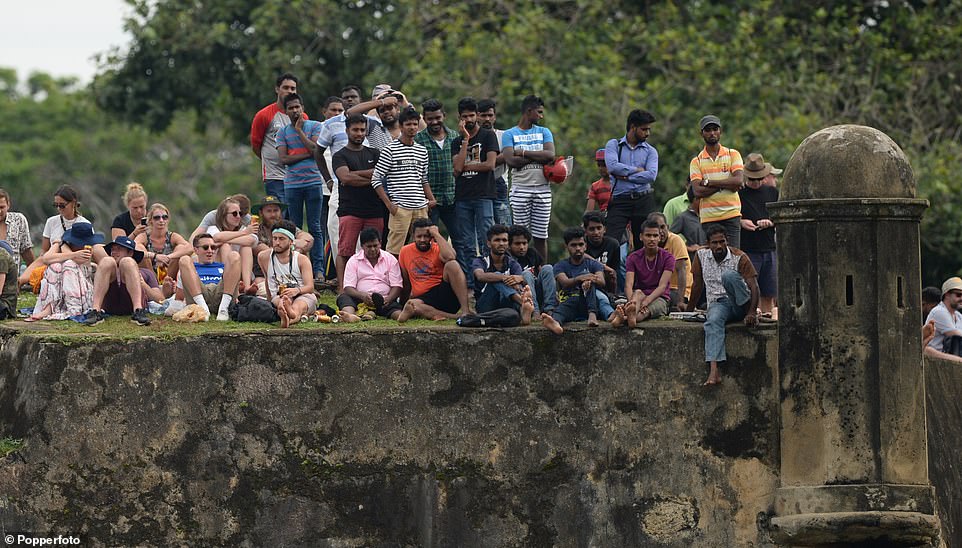 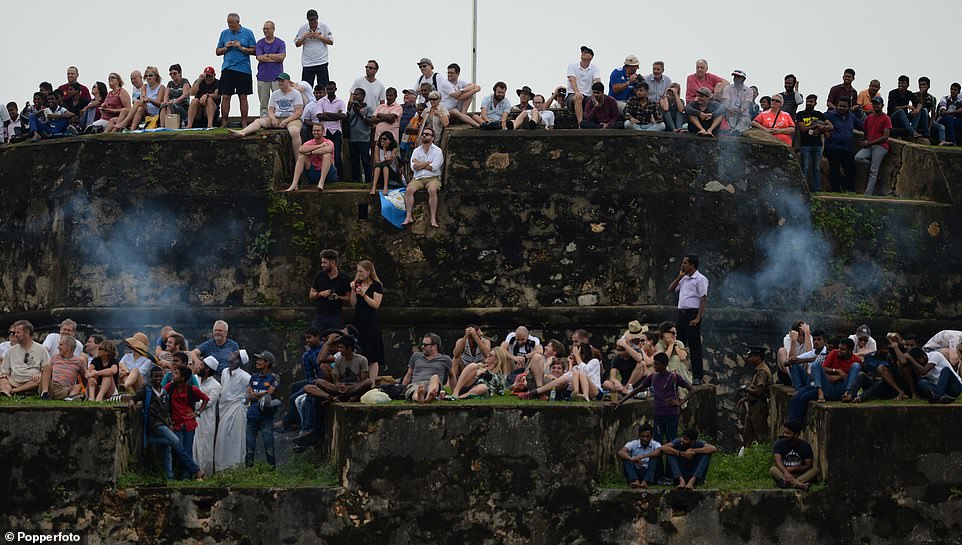 It was a bustling port even then, trading with some of the biggest powers in the world at the time, including China, Arabia and Greece.

Galle was the place where Portuguese explorers made their initial landing on Sri Lanka in 1505 and they were the ones who started construction on the fort.

The small initial fort was called ‘Santa Cruz’ and was of a simple design and constructed from mud and palm trees. Soon, a watchtower and three bastions were added.

The Portuguese moved their centre of operations to Colombo, the modern day capital of Sri Lanka, in the late 16th century but were forced to return when King Raja Singha I attacked their Colombo base.

Dutch invaders then teamed up with King Raja Singha II to attack Galle in 1640 and the fort fell out of Portuguese hands. 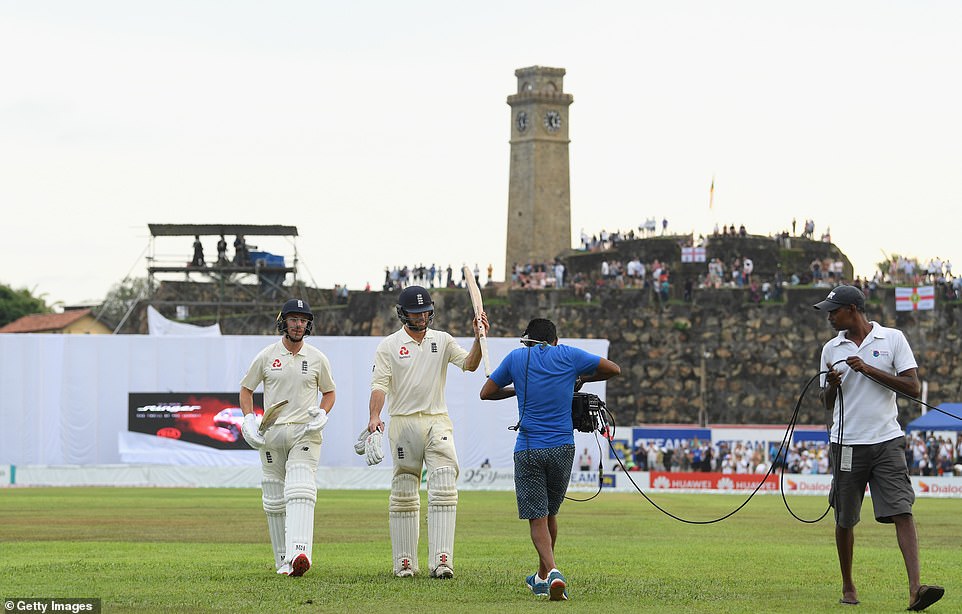 England batsmen Ben Foakes, unbeaten on 87, and Jack Leach walk from the field after the opening day of the series 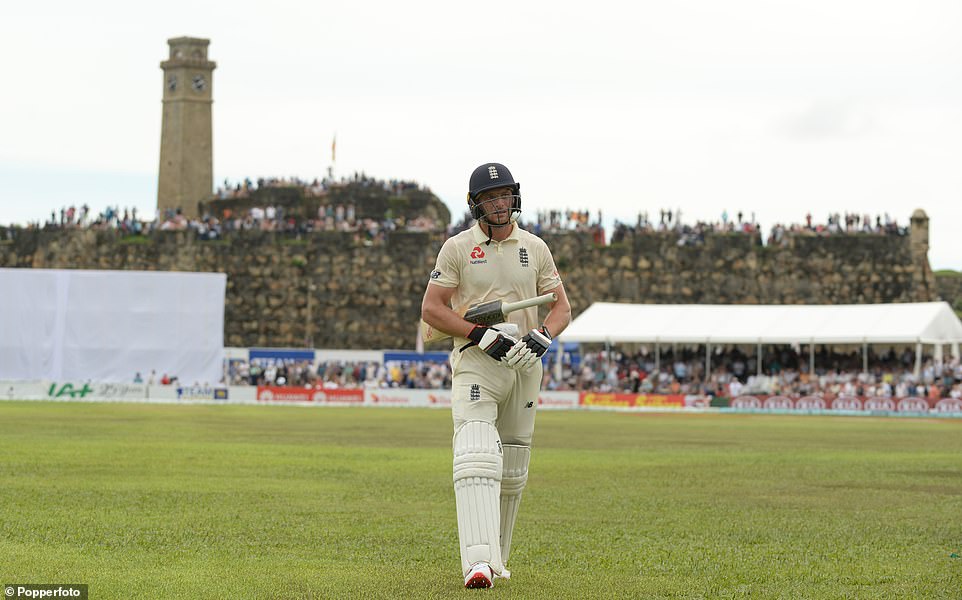 The Fort makes for an impressive backdrop when batsmen are dismissed, even if Jos Buttler didn’t quite appreciate that fact 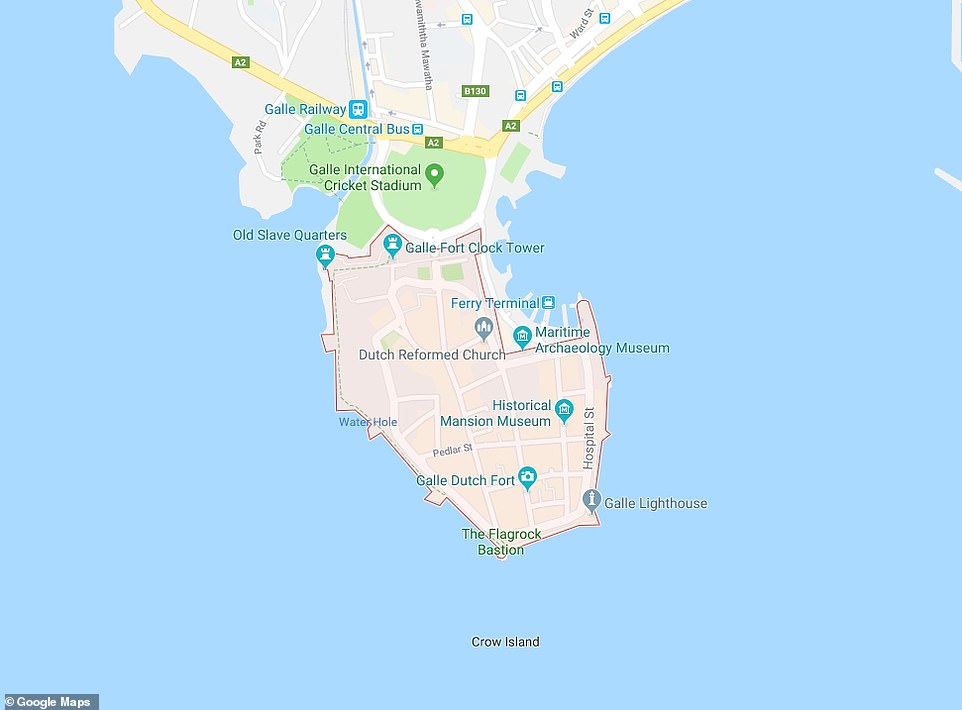 The King, who has successfully for rid of the unwnted Portuguese, asked locals to rebuild the fort in a Dutch style as a form of thanks.

The Dutch duly used it as their main base on the island, gradually strengthening it and adding a Protestant church, gun house and arsenal, public administration buildings, houses and workshops within its walls.

It remains theirs until the British invaded the island in 1796, with Galle falling to them a week after their capture of Colombo.

The British based themselves in Colombo, but Galle remained their southern headquarters on the island. Sri Lanka was a British colony from 1815 until it gained its independence in 1948.

It has since been recognised by UNESCO as a world heritage site for its unique exposition of ‘an urban ensemble which illustrates the interaction of European architecture and South Asian traditions from the 16th to the 19th centuries.’

And, yes, it makes a splendid vantage point for a day of cricket.