Finding the right Ballance! Former England star Gary has struggled with illness and stress but fatherhood has brought new perspective

An England recall is not occupying Gary Ballance’s thoughts at the start of this county cricket season. As a new father, he naturally has other things on his mind.

Life has changed for Yorkshire’s prolific left-handed batsman since his last international duty just over three years ago, not least with the arrival of son Oliver on the first day of 2021 and, although a desire to wear the Three Lions again still burns, it is fair to say the priority list has a revised order.

Indeed, as he tells Sportsmail, the wellbeing of his loved ones was integral to his absence from last year’s truncated domestic season. 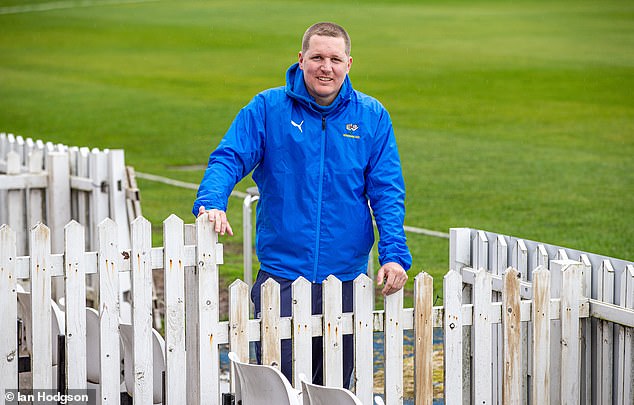 Having fallen sick during the pandemic’s initial lockdown, he later worried about returning to work due to his wife Alex’s pregnancy and then, when he did come back in August, she tested positive for coronavirus.

He picks up the story, saying: ‘Last year was a freak year for me. Just before the original season was supposed to start, I got quite ill.

‘I wasn’t well for about a month and along with that, Alex being pregnant played a part in how I felt about spending time within big groups of people.

‘No one knew how it would affect pregnant women, so all these factors played a part in me sitting out. People will assume when they think of mental health that it was simply I didn’t feel ready to play but it was not like that.

‘There was so much going on and it wasn’t solely about cricket.

‘Lockdown has affected people in different ways and being stuck in a house for a long period was not ideal. It affected me but as the summer went on, I started dealing with things better and I would only have missed a few weeks of the two-month season. 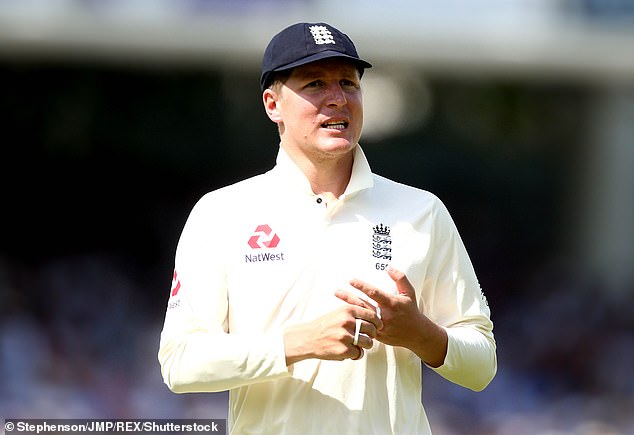 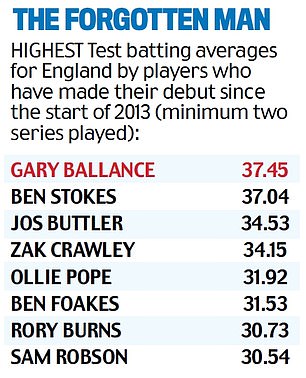 ‘Then, just as I was getting ready to play again, I had to isolate because Alex ended up getting Covid. That was an extra contributor to the stress.’

When Yorkshire released a statement at the start of the fourth week of the 2020 Bob Willis Trophy, saying that Ballance was ‘managing some heightened feelings of anxiety’, it was assumed he had suffered a recurrence of the mental health issue that saw him miss games during the opening weeks of the 2018 season.

‘I was captain at the time (in 2018) and I thought it would be a benefit both to the team and myself to give up the captaincy and have a few weeks’ break,’ he recalls. ‘I’d been on an Ashes tour for two and a half months that previous winter and didn’t play a game. I’d been away from my family, and when you play all year, it’s important to take time off, to be fresh when you play. Sometimes over the course of a six-month season, when you play five or six days a week, a fortnight’s break can help you refocus.

‘The benefits are in the long term and just cracking on isn’t always the answer. Come the back end of that season, I felt good and scored lots of runs.’

That is something Ballance, 31, has done consistently for Yorkshire over the past decade. 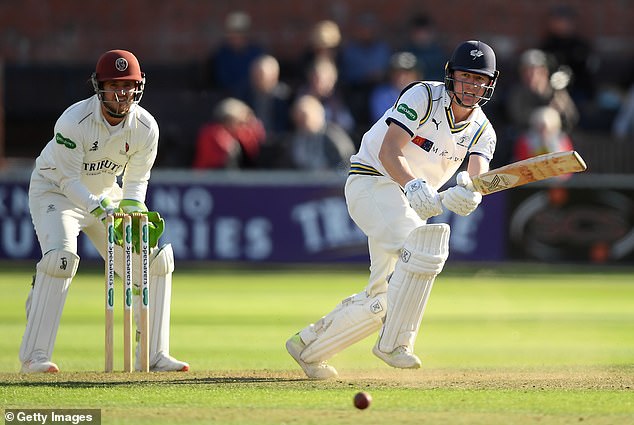 He is the only player to have finished in the top six run-scorers in the top flight of the County Championship in each of its last three seasons.

He was the most prolific batsman in Division One in the 2013 season, too, just months before an incredible entrance to Tests in which he piled up 1,060 runs in his first 11 appearances — a sequence that saw him named the ICC’s emerging player of the year.

Even now, his numbers are superior to the field over the past eight years: of the 20 England batsmen to have made their debuts, and featured in more than one Test series, since Joe Root in November 2012, it is Root’s former house-mate Ballance who has the best average (37.45).

He has played 23 Tests but has also been dropped four times amid goldfish-bowl dissection of his technique. He does not feel remotely near to the team now.

He says: ‘Playing for England was brilliant. I loved it. I’d love to have the opportunity again. But I feel you need to be in a good place physically and mentally to play Test cricket. If you’re not, then you can struggle.

‘Right now, I am trying not to think about that, just to enjoy being around the group at Yorkshire and trying to contribute to winning games. If I do that for a long period, then I might get that recognition again. Equally, it wouldn’t be the end of the world if I didn’t. I’ve accepted that.’ 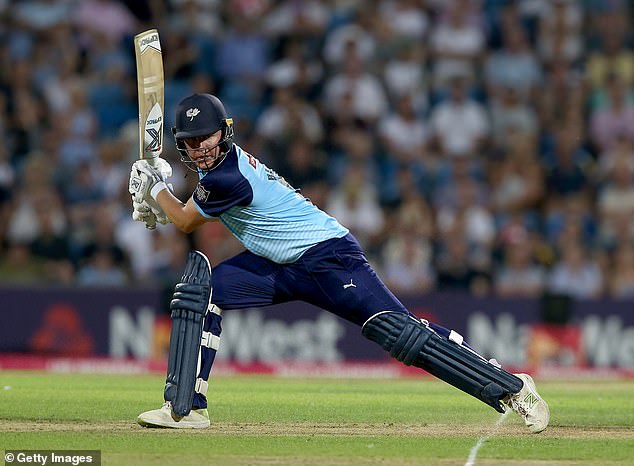 Typically, despite being in the final stages of recovery from a fracture in one of his fingers, Ballance struck twin half-centuries in pre-season friendlies against Middlesex and Derbyshire.

And he is playing his own way again after a struggle with technical tinkering to his batting, amid calls for him to avoid defending so deep in his crease. After his superb start with England, the theory was that the world’s elite bowlers had unearthed his weakness.

‘I’ve tried to find the balance of taking on board some of what was said but blocking out the bits that won’t benefit me,’ he says.

‘I made changes to get that bigger stride in but, to me, batting is more about your weight distribution and I ended up nicking off, so I wasn’t scoring any runs.’

A more welcome change occurred on New Year’s Day. ‘It certainly takes a little bit of focus off the cricket,’ he says of becoming a father. Yorkshire will be hoping that a different perspective does not alter their daddy run-scorer’s potency.