If Ben Foakes’ century was the talk of the morning in Galle, England’s newly-formed spin trio of Jack Leach, Moeen Ali and Adil Rashid took over the conversation in their own inimitable way for the rest of the day.

With England heading out to bowl happy with the 342 they had put on the board, James Anderson and Sam Curran took a wicket apiece opening the bowling.

But then it was the turn of the spinners to dominate proceedings as the new kid on the block, Leach, joined best friends Ali and Rashid to take down the rest of the Sri Lankan order.

“It pretty much went to plan for us,” said Leach, reflecting on a day where England really took control.

“We talked at the start of the day about trying to get as many runs as we could and then when we went out to bowl it was all about putting as much pressure on them as possible because we felt we had a good total on the board.

“It was what Joe asked of us and we pretty much did it.”

Leach came on with the first change after just seven overs and proceeded to concede just a single run from his first 19 deliveries before luring Kusal Mendis into an edge that was caught by Ben Stokes at slip.

“It’s nice when you start like that,” Leach said.

“I felt like i got into my rhythm quite quickly, I was feeling good going into it so, for me, I had a very clear focus of what I wanted to do which was to build pressure, keep the stumps in the game.” 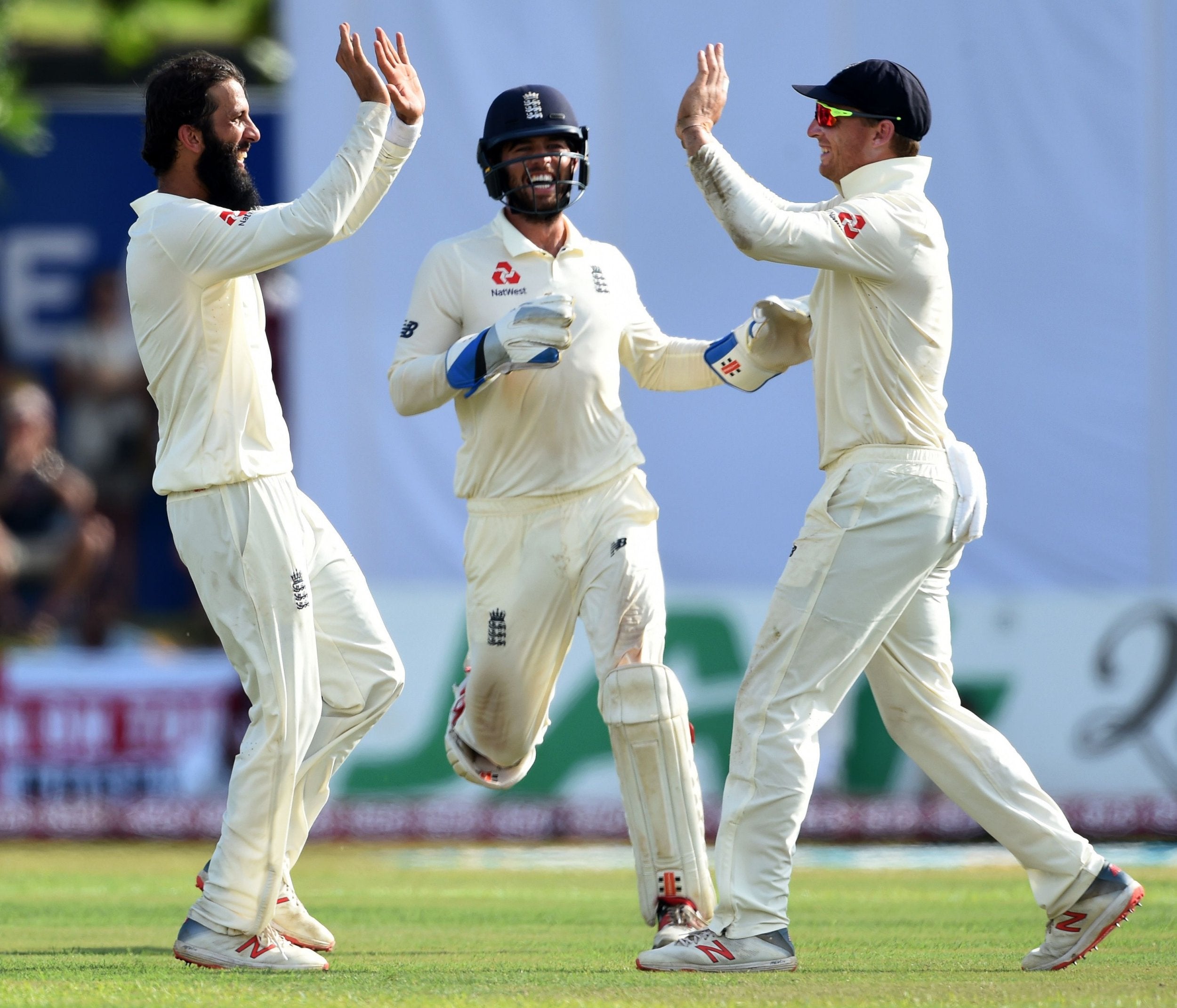 And his ability to keep things tight at one end, ending up as England’s most economical bowler, helped create wickets not just for himself but for his spin colleagues Ali and Rashid, who he has bonded with extensively over the past week or so.

“I can’t thank Mo and Rash enough for how relaxed they’ve made me feel and how much they’ve helped me.

“It’s a great group to be involved in and we’re always bouncing ideas off each other, even in the middle, so we had a clear idea of how we wanted to go about things and fields we wanted to set and the way we wanted to bowl.”

“He’s a gun off-spinner and on that wicket I felt he was going to be dangerous.

“He bowled a great pace and he gets such good shape on the ball. For me to watch that is great for me because I can learn a lot from that, he bowled great, for me, and he deserved his four wickets.”