England relaxed over the return of 15,000 fans for Saturday’s second Test against India in Chennai… after initial concerns over safety were addressed by the Indian board with spectators to be kept well away from the players

Spectators will be kept well away from players and dressing rooms when a limited crowd is allowed back into Saturday’s second Test in Chennai.

The socially-distanced crowd — which is likely to be well below the proposed figure of 15,000 — will be restricted to a side-on view from cover and midwicket, with the Chepauk Stadium remaining closed ‘behind the arm’ at both ends.

England’s players are said to be relaxed about the return of supporters, after initial concerns over the safety of the move were eased by measures being taken by the Indian board. 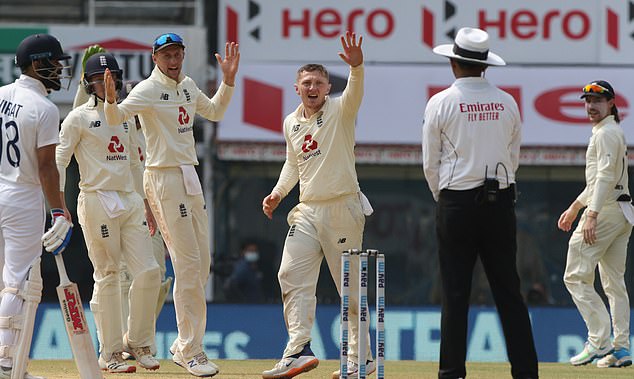 Around 15,000 Supporters will be allowed back in for Saturday’s second Test in Chennai 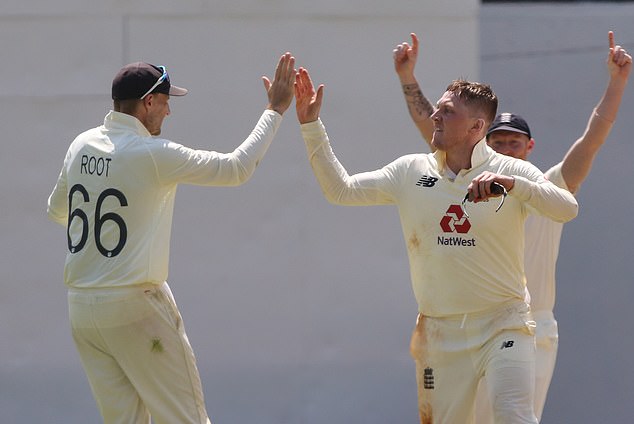 Those measures include the sanitising of the ball each time it goes into the crowd, which was also done in the first Test whenever anyone outside the teams touched it, as well as the tightening of the biosecure environment protecting players.

England have their own entrances at the ground and their base at the Leela Palace hotel, where they have been using service lifts to avoid contact with the public.

The players will enter the stadium at a designated point distanced from spectators, and are confident they will not be in contact with anyone who could breach their protective bubble.

‘The guys are excited to have a crowd back,’ said England captain Joe Root.

‘They are very passionate about cricket in India and to get that interaction with the fans is going to be brilliant.’