Keaton Jennings is not your ordinary Test cricketer. He has two degrees and as many Test match centuries but over the next few weeks, the focus will be on adding to the latter in Pakistan.

After a summer where Jennings finished as top-scorer in Division One of the County Championship, with 1,233 runs for Lancashire and five centuries at an average of 72.52, the 30-year-old was recalled for England’s three-match Test series which begins next week.

‘A few days before it was announced, I was doing the washing up and missed a call from a +64 number. So the first thing I did was go on Google and find out what country it was.

It was New Zealand and as I suspected, it was Baz McCullum. He told me I was going, what he wanted, that I had the backing and that was that,’ Jennings tells Sportsmail. 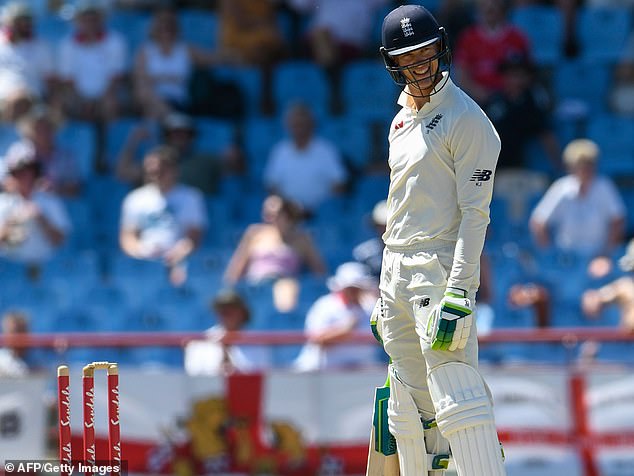 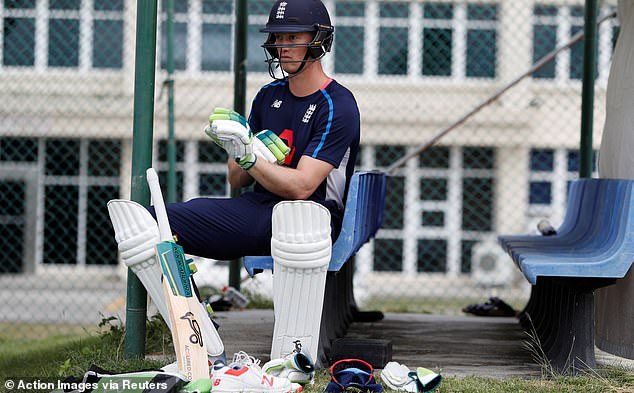 The left-hander, who was born in Johannesburg, made a century on his Test debut in India in 2016 but all in all, endured a scarring time opening the batting, averaging just over 25 from his 17 Tests.

An average of 16.65 against pace did him no favours. He was dropped from the set-up on two separate occasions and after getting a recall in 2020, his hopes were shattered after England’s tour to Sri Lanka was cancelled due to the pandemic. 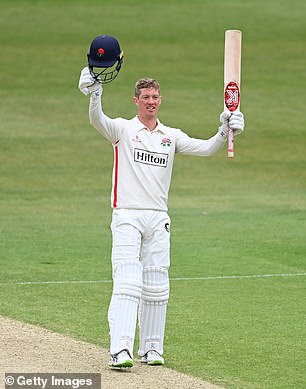 So what has changed since then? There is a shift in technique from a previously stiff method to an approach where Jennings has dropped the position of his hands – after seeing an Instagram clip of Matthew Hayden – that has seen him increase his hand speed and flow more fluently.

But perhaps more importantly, it’s a change in outlook mentally from someone who suffered from the effects of the game to enjoying the game.

‘I’ve learnt how to accept it when you’re on the other side. When I last played, my numbers weren’t good enough and it took me a while to come to terms.

Now I’ve made peace with the fact that I don’t necessarily need to play for England again to prove a point to anyone’ says Jennings as he makes his way to Heathrow Airport for England’s flight to the UAE. England will spend a week in Abu Dhabi before heading to Pakistan.

Jennings adds, ’I’ve been content over the last couple of years, in a position of happiness and a position where I’m proud of myself and I’ve just loved playing cricket again. I know what to expect now.

It’s the smallest things like bringing my coffee machine that make me feel comfortable. I’m a different person to who I was three or four years ago.’

In the summer of 2018, Jennings averaged 19 and failed to make a 50 across six Tests but England stuck by him for the Sri Lanka tour. He went on and hit 146* in the first Test in Galle. 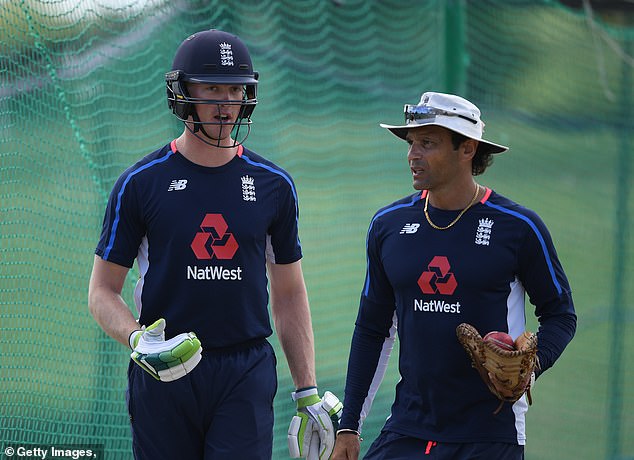 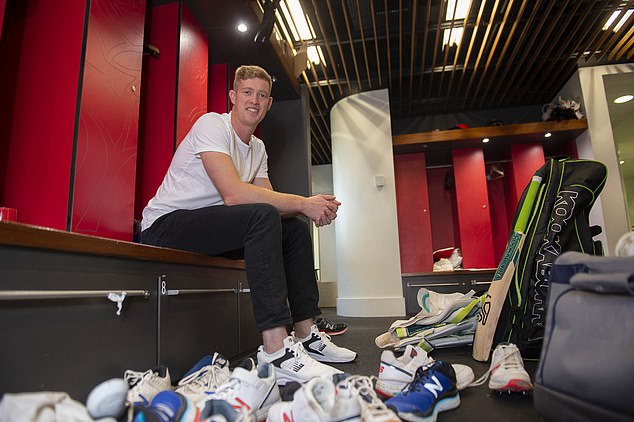 In the book ‘Making Decisions’ by former England selector Ed Smith, he recalls Jennings that evening: ‘in success, exactly the same balanced and consistent human being – happy, certainly but still very much the same man who’d had to battle through a tough series against India a few weeks earlier.’

That characteristic could prove crucial in what is set to be the biggest test of the Stokes and McCullum era yet on the gruelling tracks of Pakistan. For all the changes between the Jennings of then and the Jennings of now, that is something that England will hope has remained a constant. 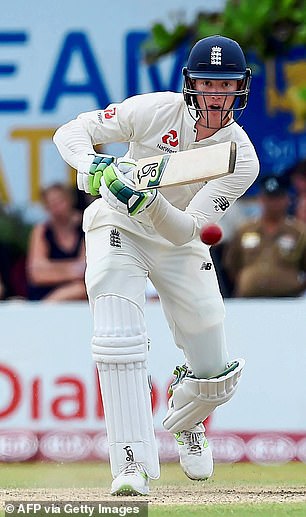 Jennings will miss his university graduation to play against Pakistan

After all, alongside Sam Curran and Adil Rashid, he was part of a trio who had the best win-loss percentages of all England players during a three-year period between 2017 and 2019. During Smith’s time as selector, Jennings played 11 Tests. England won nine. Across his 17 Tests, England have a win rate of 70 percent.

‘I’ve got that Ed Smith book in my bag for this trip,’ reveals Jennings. ‘There’s also Stealing Fire by Steven Kotler & Jamie Wheal, Limitless by Jim Kwik and The Alchemist by Paulo Coelho,’ he adds.

A common theme across the books is the idea of transforming the mind and exploring the way we work and learn.

It comes as no surprise that former Sandhurst officer Gemma Morgan named Jennings as someone she was heavily impressed with when England did leadership training in 2017 and he was earmarked as a candidate to be a future Test captain.

With England confined to their hotels and the ground in Pakistan for security purposes and Jennings off Twitter, he will have plenty of time to do some extra reading.

‘The second Baz put the phone down, I held my finger down on the app and hit delete. Whether I score none or a hundred, I don’t want to put myself in the firing line,’ says Jennings. 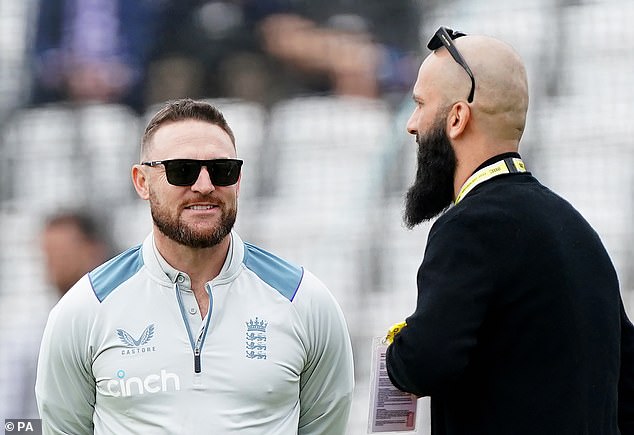 ‘Jonathan Trott once said us to that by having Twitter, the world had your phone number. You wouldn’t walk down the street and give everyone your number.’

For Jennings, this opportunity feels like another debut but one thing is for certain. Whether or not it works out in Rawalpindi, Multan or Karachi, there’s a level of stability in his approach that is hard not to admire.

‘I’ve found that when you try to push for something that isn’t in your control, you take your mind too far forwards and you end up in this dangerous place, especially as a batter.

‘You get a good ball or you play a bad shot and that’s all you can think about. Look, I’m incredibly proud to be back. And if it happens for me, that’s cool. If it doesn’t, then that’s cool too,’ says Jennings. 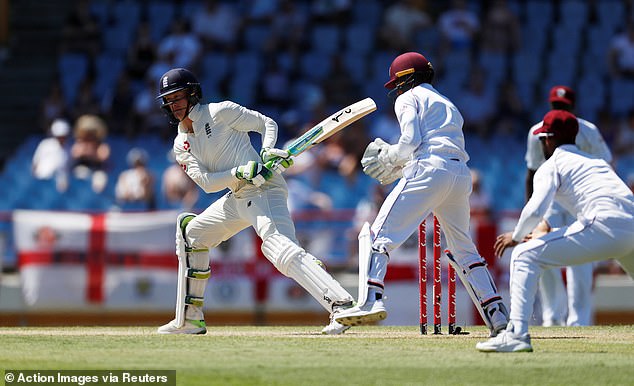 ‘I contacted the University (of Manchester) and they can’t send the gown out so I’ll just be watching online in Karachi. In sport, there’s a stigma to a degree that players aren’t clever.

‘Those pictures when you see people graduate with a gown on, there’s a part of me that wants that picture,’ admits Jennings.

Surely an England Test shirt over a graduation gown?

‘100 percent, I’d much rather be putting on the Three Lions.’