Home » Сricket » Derek Pringle: Joe Root reaps the reward and it really is his England now 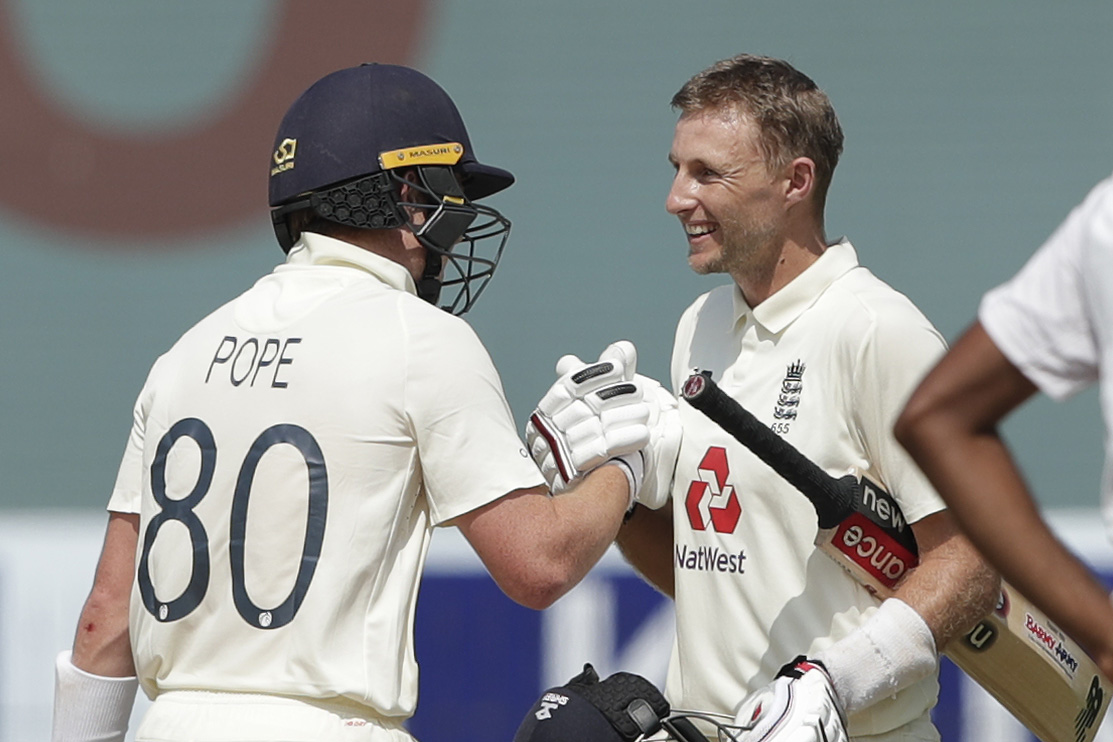 One of the most heartening things about England’s 227-run win in the first Test against India, a victory some are hailing as their greatest on foreign soil, was the modesty displayed by Joe Root, the team’s captain.

Almost imperceptibly, Root has become a very fine Test leader oozing the pragmatism and gravitas that befits the role. We always knew he could bat but not that he would become such a mature leader of men.

So there was no triumphalism from him on Tuesday or cocking two-fingers at the sceptics, just the calm acknowledgment of a job well done by a team he knows will be tested more rigorously than on this occasion.

Captaincy can be draining when there are too many things on your mind so it helps that Root is in the batting form of his life, at least against spin. Like many, Root spent lockdown looking at screens, though in his case analysing every dismissal that had ever befallen him to see where his head and weight were and what his feet were doing.

It was as detailed a deconstruction as can ever have been attempted and one now reaping huge reward.

It has also helped that grizzled old veterans like James Anderson and Stuart Broad have bought into his vision of how best to use them.

Just 18 months ago you would not have heard either refer to England as ‘Root’s team.’ Yet, both are happy to do so and mean it.

Where this Root team differs from some of its predecessors is in the meat-and-potatoes approach adopted by Root and head coach Chris Silverwood, a gritty substance-over-style philosophy which has seen them win nine of their last 12 Tests (the sole defeat in that sequence coming when Ben Stokes led the side).

Incredibly, six of those wins have been overseas. Previously, England travelled worse than a punnet of strawberries but captain and coach have made them more robust to the point where Root now boasts, at 55.5 per cent, the second greatest win-rate of any England Test skipper, behind only the redoubtable Mike Brearley.

Sometimes it is the little things that bear fruit such as Root entrusting left-arm spinner Jack Leach with the new ball in India’s second innings. A day earlier, Leach had been savaged by Rishabh Pant, conceding a career-crushing 78 runs off eight overs.

Turning to him again was a huge vote of confidence and Leach responded with four for 76. Of course it helped that Leach, who has been through the mill during his career with sepsis, Crohn’s disease and an enforced change of action, is resilient.

Satisfying though the latest win will be for Root, he knows there is still much to do — nuts and bolts that need to be tightened — if England are to build on their brilliant start. One decision for him to make is whether to rotate Anderson with Broad, a policy seemingly set in stone, or does the former’s superb spell of reverse-swing bowling, which knocked all resolve from India, keep him in the side?

Anderson now goes by the acronym ‘Goat’ (greatest of all time) a billing he lived up to in dismissing Shubman Gill, Ajinkya Rahane and Pant in the space of 20 balls, the first two bowled by laser-guided reverse-swing.

Broad possesses similar skills but his greater height means he is less likely to hit the stumps, as Anderson did, or win lbws, the main dismissals targeted by reverse-swingers. In that regard all-rounder Stokes becomes an even more valuable asset.

Root knows he cannot be guaranteed to win the toss, a factor of marginal importance usually, except in India where it can confer great advantage due to the way pitches deteriorate. If they field first, England’s bowlers, especially the spinners, need to be competitive without having the safety net of 500-plus on the scoreboard. Jofra Archer can play an important role here but he needs to bowl fast and with sustained aggression across all spells.

The spinners, Leach and Dominic Bess, remain a concern with too many bad balls bowled, especially for finger-spinners. When the pitch was at its most spin-friendly on day five, off-spinner Bess was essentially withdrawn from the attack after a spate of full-tosses. Just 23, he is still learning on the job and has yet to groove his action.

Another reason for the full tosses could be the sluggish pitches and the need for both spinners to perhaps bowl the ball quicker than might be comfortable. When a spinner tries to increase their pace they bowl with less overspin, which causes dip, and more side-spin which means the ball travels further in the air. It might be something to consider or they could just replace Bess with Moeen Ali.

Whatever England decide, you can rest assured Root will have given it due thought and consideration. It is what he did to improve his batting and look how well that has gone.

Winning a Test series in India does not happen to many but with their captain on top of his game, this England team have a better chance than most.

How to get your Metro newspaper fix

Metro newspaper is still available for you to pick up every weekday morning or you can download our app for all your favourite news, features, puzzles… and the exclusive evening edition!