Banned Australia batsman David Warner briefly left the field during his innings in a Sydney club competition match after appearing to be sledged by an opponent.

Warner is currently serving a 12-month ban from international and state cricket after his role in a ball-tampering plot during a test match against South Africa at Cape Town in March.

He was opening the batting for Randwick-Petersham on Saturday against Western Suburbs when the incident happened. 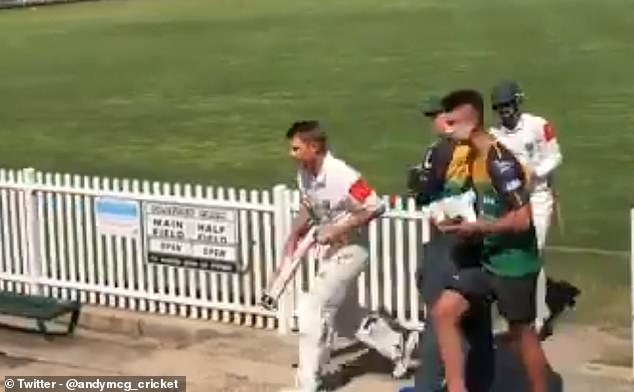 David Warner, pictured at tea, left the field after being sledged in a club match on Saturday 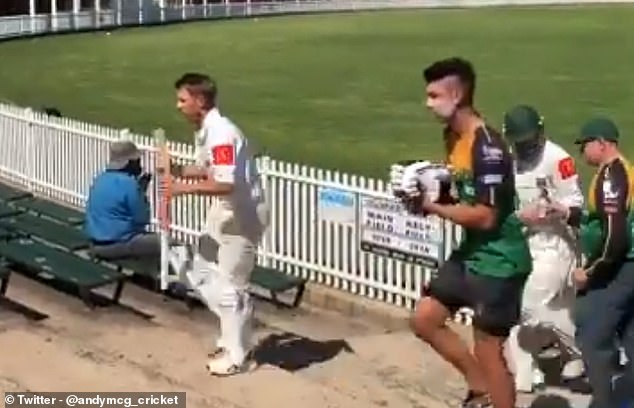 The former Australia test vice-captain then appeared to tell the umpire he was leaving the field and walked off, only to return to the crease a few minutes later to continue his innings.

The incident didn’t seem to affect Warner for long, though, as he went on to make a century, his second since the start of the club season last month.

The player who allegedly sledged Warner was later identified by Australian media as Jason Hughes, the older brother of former Australia test batsman Phillip Hughes, who died after being struck by a bouncer in 2014. 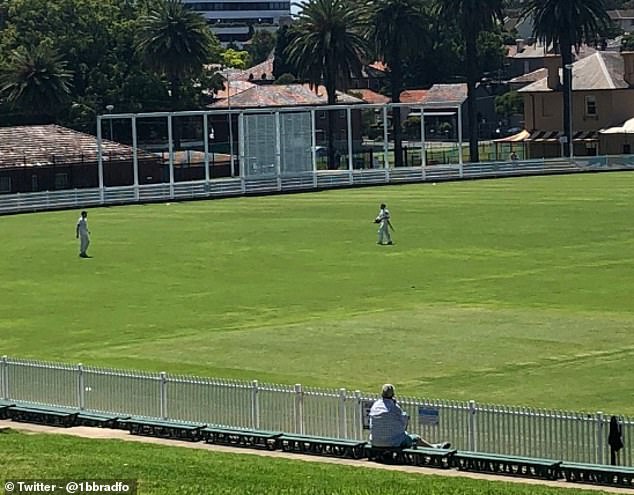 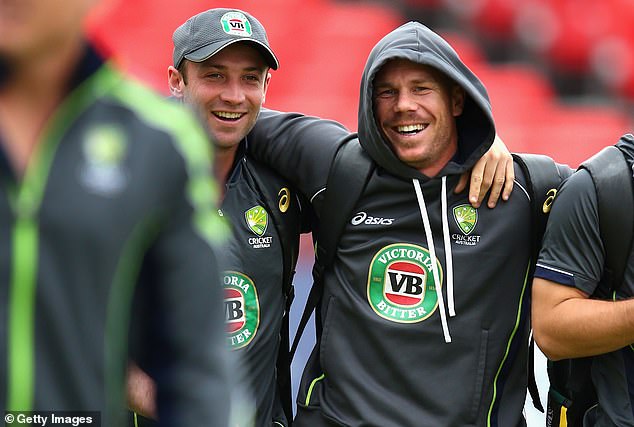 Warner opened the batting for Australia with Phillip Hughes, who died in November 2014

Warner, who was a friend and New South Wales state teammate of Phillip Hughes, declined to comment after the match. He made 157 for his first century in a red-ball game since the Cape Town test.

The incident comes ahead of the expected release by Cricket Australia on Monday of an independent report into the culture of the Australian national body and its possible influence on the ball-tampering scandal.

Cricket Australia has been accused of fostering a win at all costs culture by offering substantial win bonuses.

Warner and then Australia captain Steve Smith were both banned for 12 months for their role in approving the attempt at cheating in the Cape Town test.

Batsman Cameron Bancroft, who actually attempted to change the condition of the ball, received a lesser penalty.

Under the terms of the ban the trio cannot play Test cricket or in Australia’s domestic representative competitions. But they have been able to play in lucrative Twenty20 leagues overseas and are free to play in the Sydney grade competition. 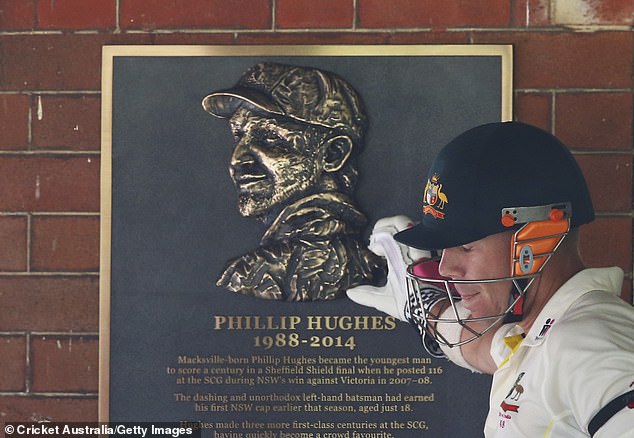 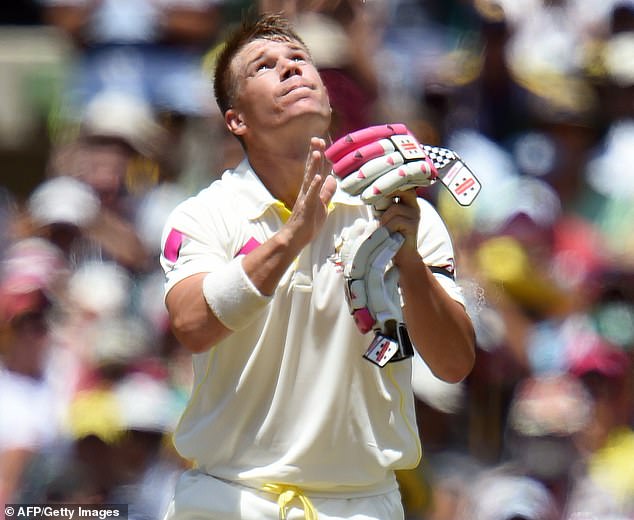 Warner looks skywards after reaching 63, Hughes’  score before he was hit by a bouncer