Home » Сricket » Back to work! England cricketers put through their paces in Antigua

Back to work! England cricketers are put through their paces as they look to level the series in second Test after chastening defeat in Barbados

A year in which England will host the World Cup and the Ashes started in the worst possible way with an emphatic 381-run defeat by West Indies in Barbados and they face major selection choices for the second test in Antigua starting on Thursday.

England on Sunday attempted to put their Barbados humiliation behind them by hitting the beach in a bid to raise spirits.

On Tuesday, however, they were back down to business as they undertook some strength and conditioning work before hitting the nets in Antigua. 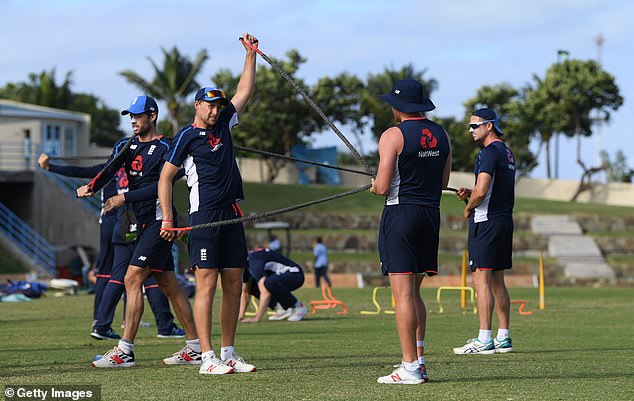 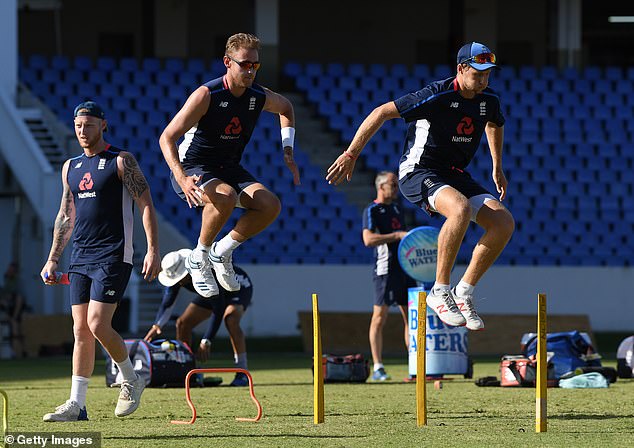 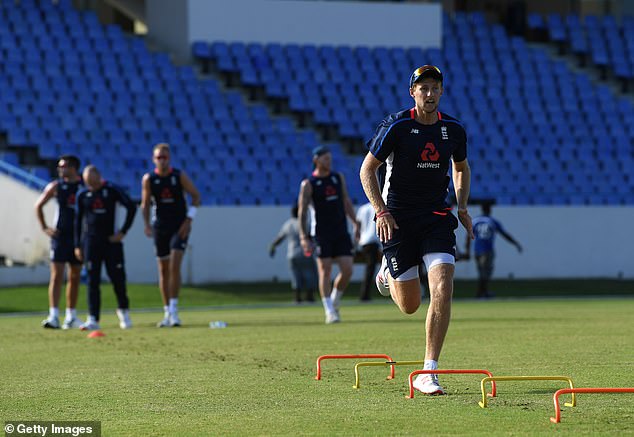 For West Indies, led by one of the game’s most exciting talents in all-rounder Jason Holder, the contest at the Sir Vivian Richards Stadium, offers a chance to prove they are a team on the rise — capable of more than just occasional triumphs.

For all the focus on England’s decision to play two spinners and leave out experienced seamer Stuart Broad, the fact remains that England’s loss was caused by a shocking first-innings batting effort as they were skittled out for a paltry 77.

Questions are being asked of England’s left-handed opener Keaton Jennings who is struggling again after showing his capabilities with a century in Sri Lanka in November. 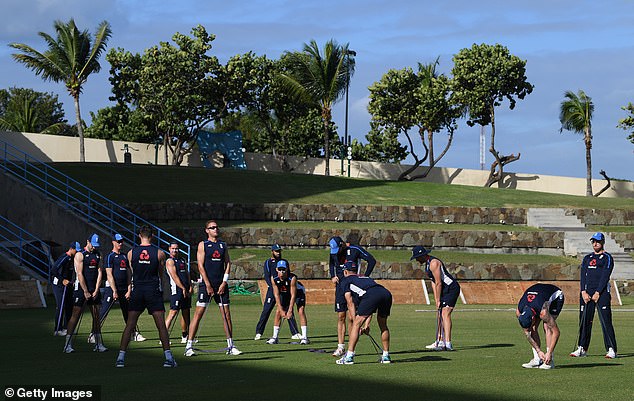 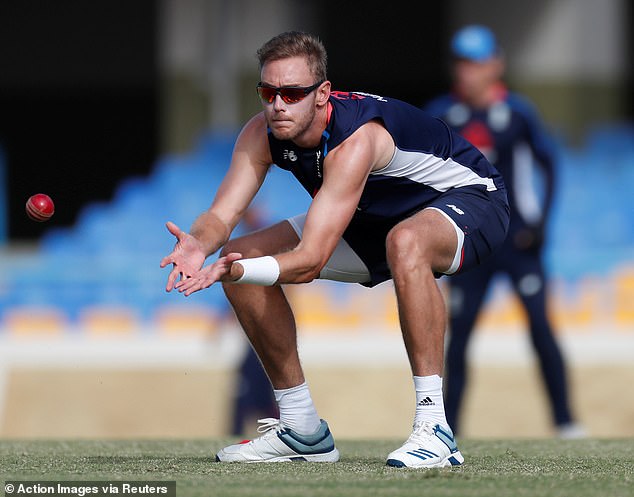 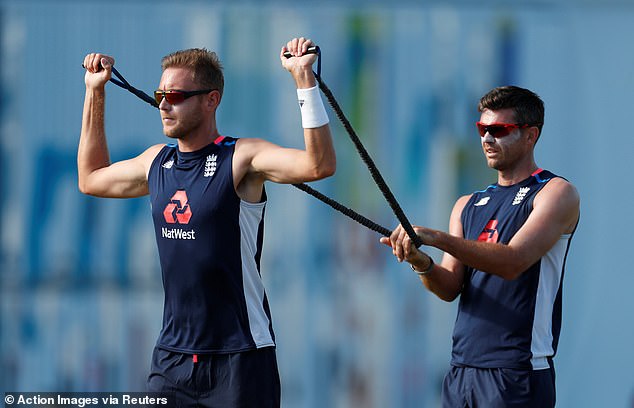 It would be a surprise, however, if England’s selectors decided to immediately jettison him for 32-year-old back-up Joe Denly but Jennings will again be under pressure to show he merits that faith.

Jennings will need to show real toughness to rise to the challenge but that is a quality former skipper Michael Vaughan feels the team is lacking.

‘They do not have the mental strength to fight through tough sessions by working hard and forcing bowlers into their third or fourth spells. They are fine when they bowl a team out or make a big score batting first themselves but poor when they are under a little bit of pressure,’ Vaughan wrote in his Daily Telegraph column. 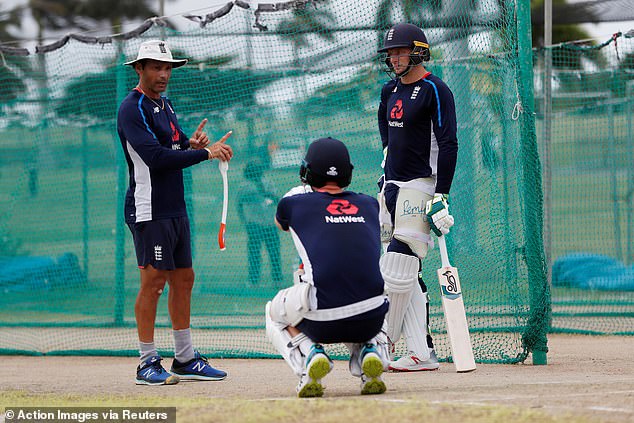 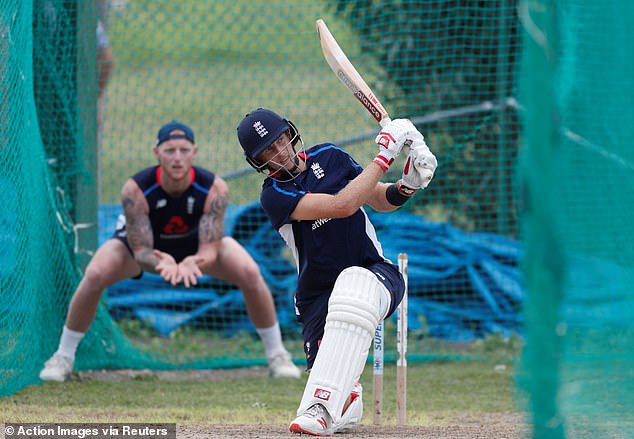 Vaughan pointed the finger firmly at Jennings and is worried he won’t be able to handle Holder’s pace attack.

‘Keaton Jennings is a good player against spin but every time he faces pace I shut my eyes. He does not know where his off stump is and, as an opening batsman, that is your number one task,’ he said.

Broad is likely to return to the attack but it is far from clear who will drop out and with Antigua possibly friendly to spin, Joe Root may still need to keep two slow bowlers.

The mood in the home camp is buoyant, after all there have only been two other occasions when the West Indies won a test by bigger margins by runs. 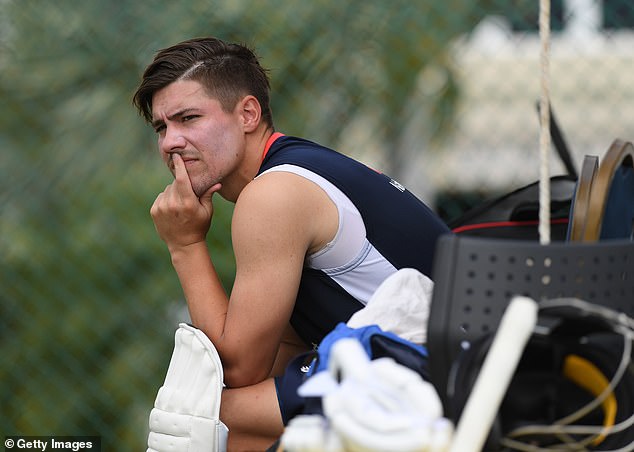 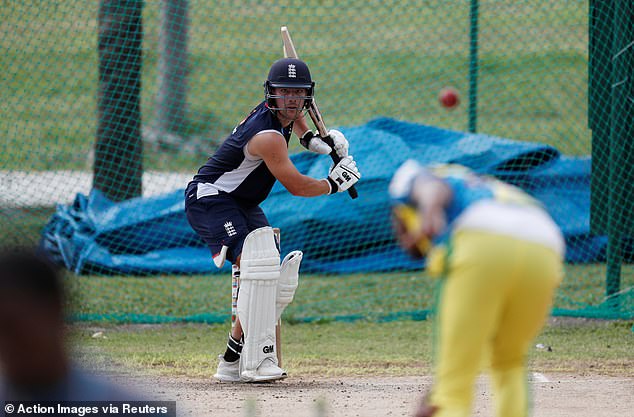 While the results of the Caribbean side remain well below the standards they once set, there are signs they may be turning the corner — the victory in Barbados was their eighth win in their last 21 tests.

Those victories include two against England and Pakistan and one against Sri Lanka but Holder, now ranked as the world’s top test all-rounder, knows there have been plenty of false dawns for his team.