If this was a glimpse of the future, then maybe England have a chance of salvaging something from this Ashes series after all. As The Oval baked in the last of the summer sunshine, a day that promised only more pain was instead seized masterfully by Jofra Archer and Sam Curran, who took nine wickets between them to bowl Australia out in the space of 69 overs.

One good day of batting and a drawn series is there for the taking, even if the embers themselves are gone. More encouragingly, the sight of two young contrasting bowlers doing the damage offers a blueprint of how England may negotiate the big scary void that lies beyond James Anderson and Stuart Broad. If they can take advantage of conditions as skilfully as they did here, England may have a handy new-ball partnership on their hands.

Archer was aggressive, persistent and tireless, mixing immaculate discipline outside off stump with the odd threatening bouncer, as well as producing the delivery of the day. His brilliant knuckle ball to dismiss the dangerous Nathan Lyon was a reminder of his ability to use white-ball smarts to solve red-ball problems. His six-wicket haul was his second in just four Tests.

Curran should have played at Old Trafford instead of Craig Overton, and more than justified his selection here. His detractors point to his lack of pace, but he persistently challenges the stumps with swing and aggression, and has that indefinable ability to change the momentum of a day’s cricket, both with bat and ball. An attack of Archer, Curran, Ben Stokes and one more conventional seamer offers a captain balance, penetration and most importantly variety.

Curiously, the one wicket they didn’t take was perhaps the most important of the lot. Steve Smith still made 80, but if you had offered England that at the start of the day, they would probably have begrudgingly taken it. At times it is almost as if England have been playing two different games – one against Smith and one against everyone else – and his eventual dismissal to Chris Woakes allowed them to carve out a crucial lead. 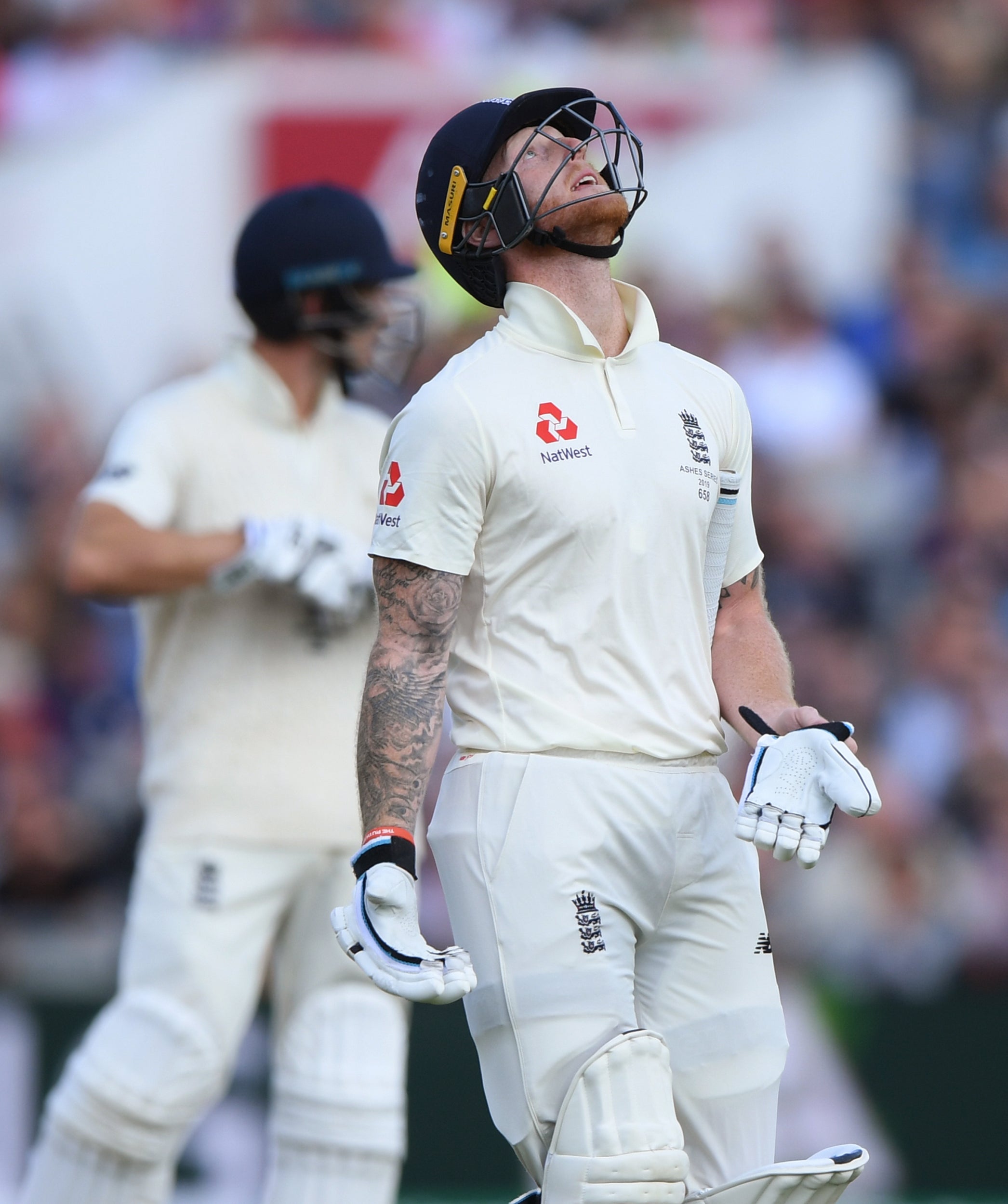 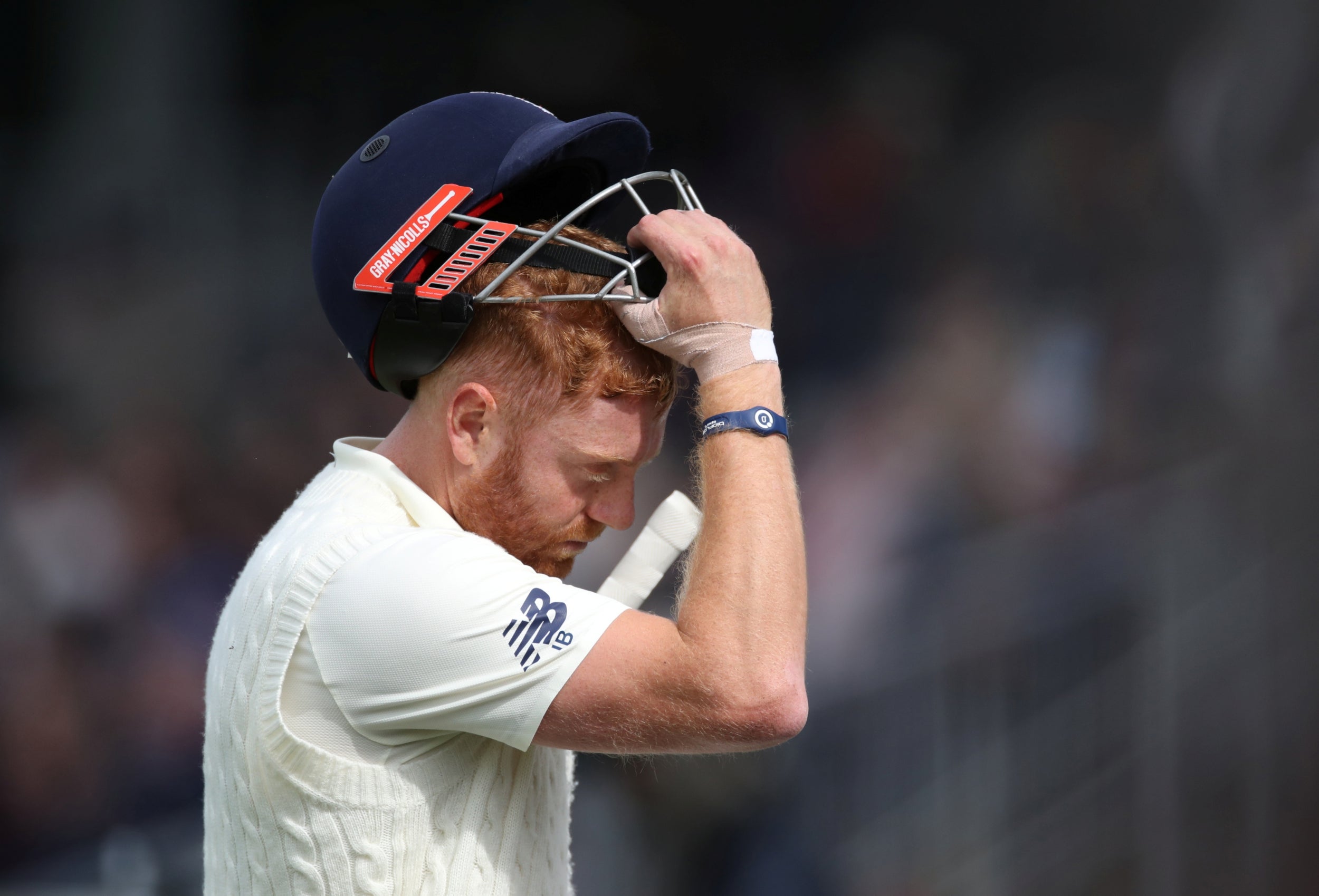 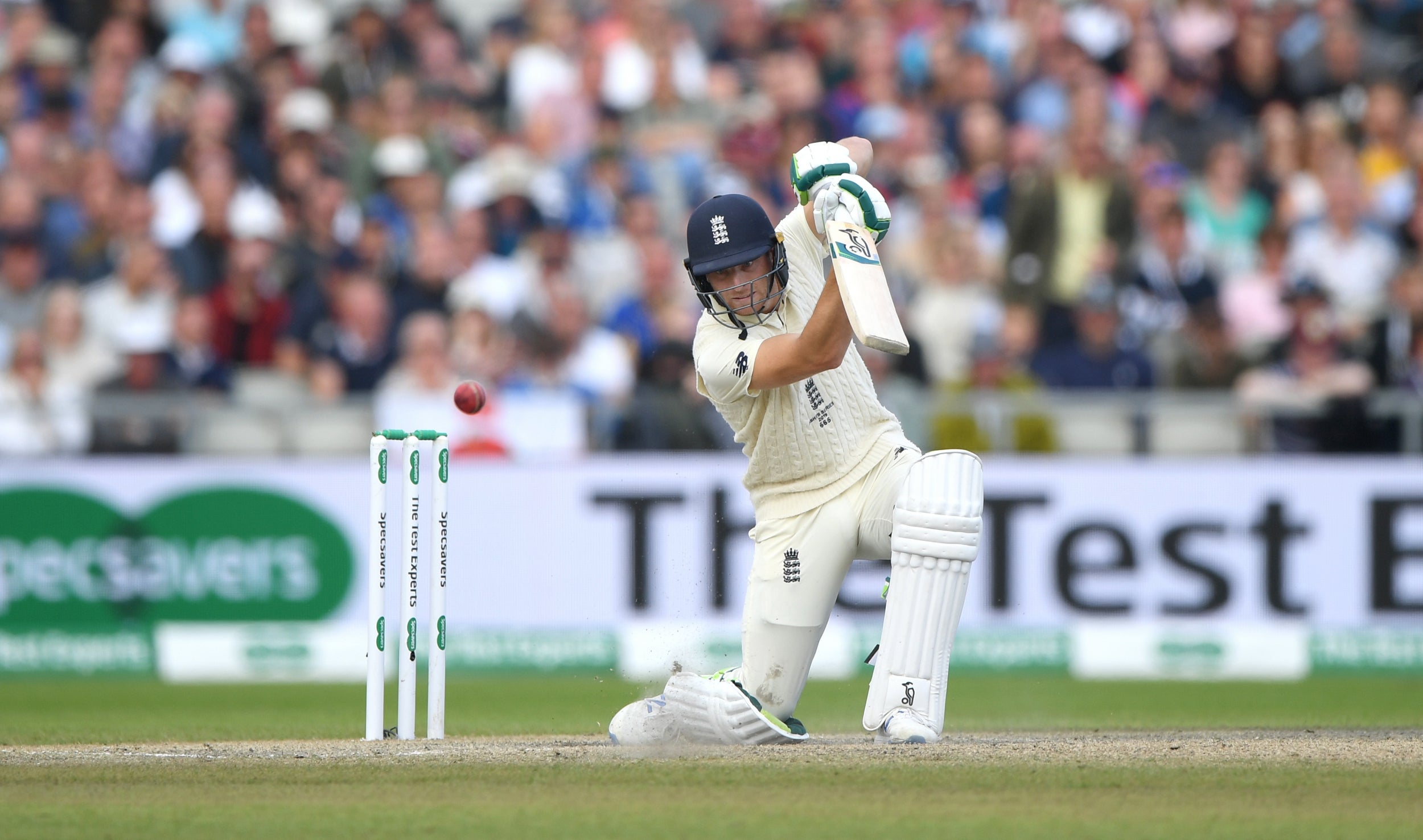 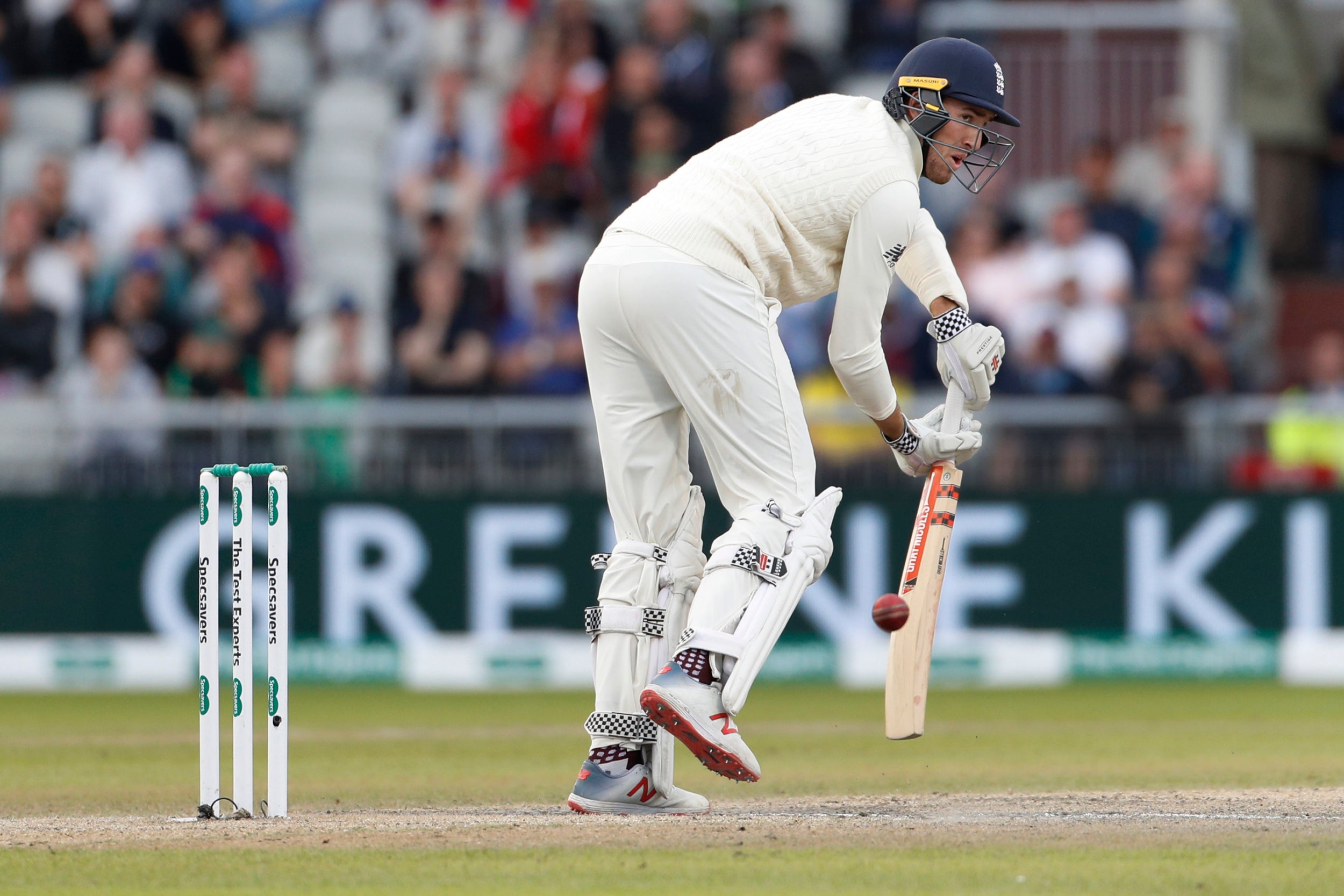 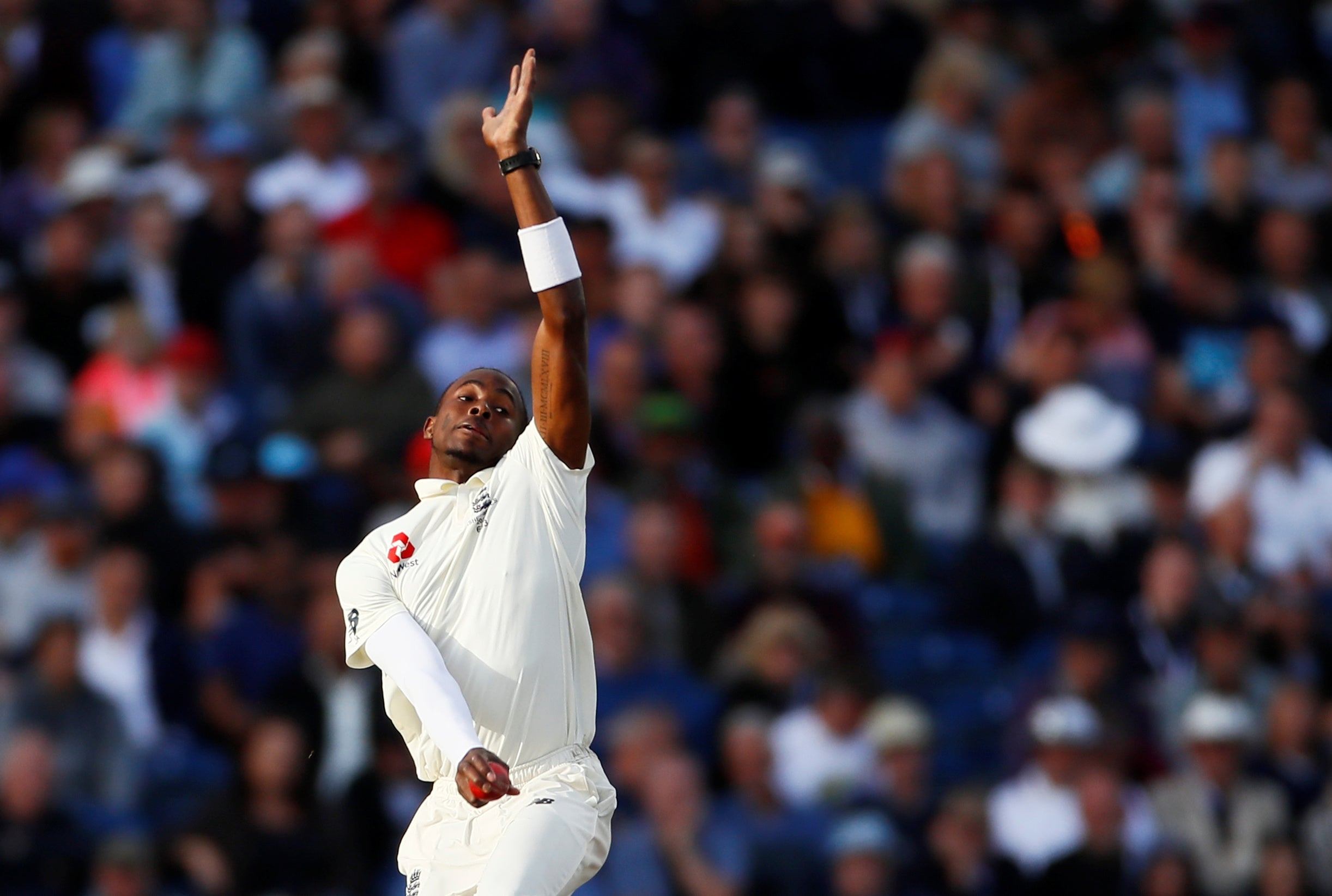 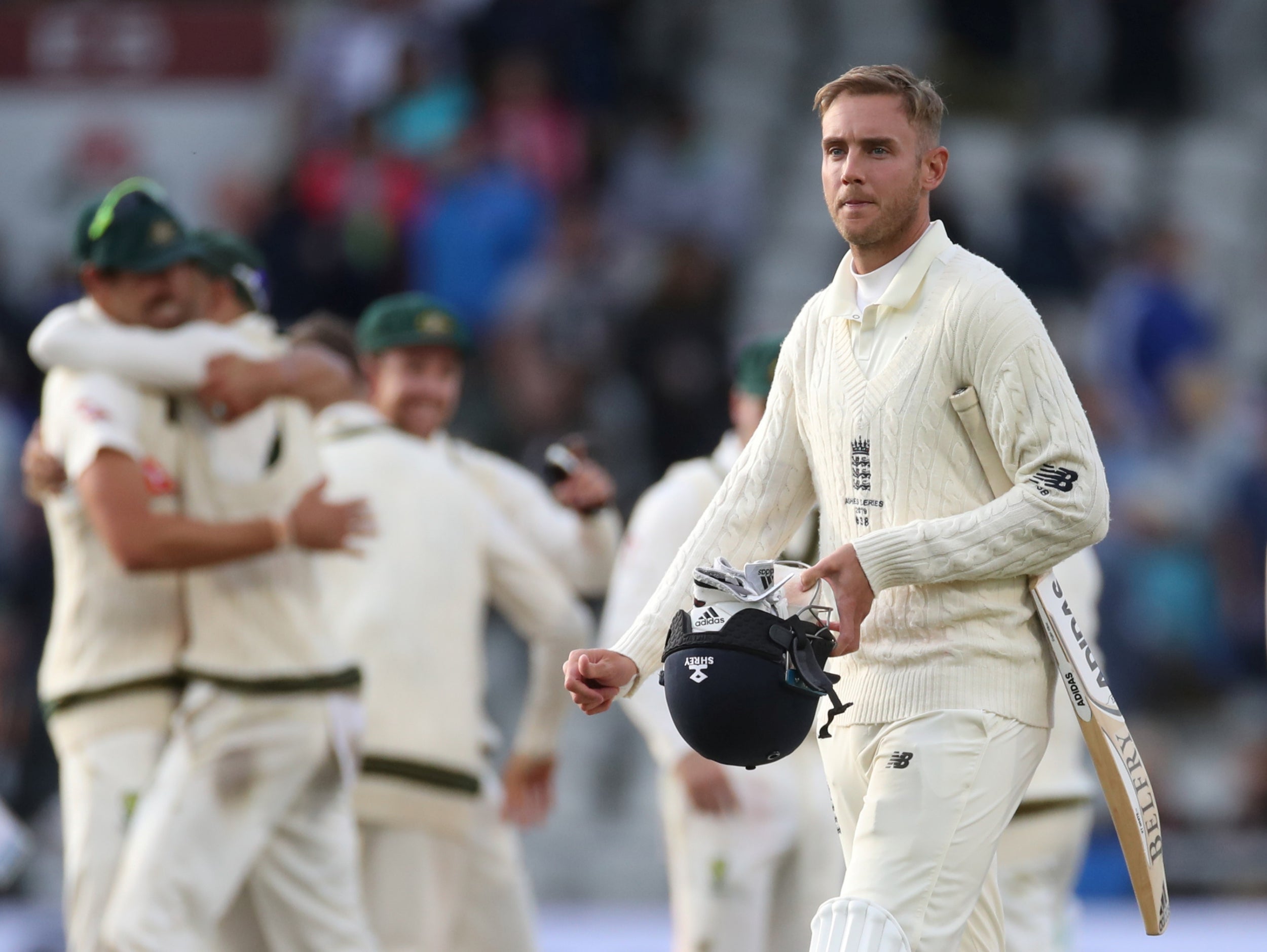 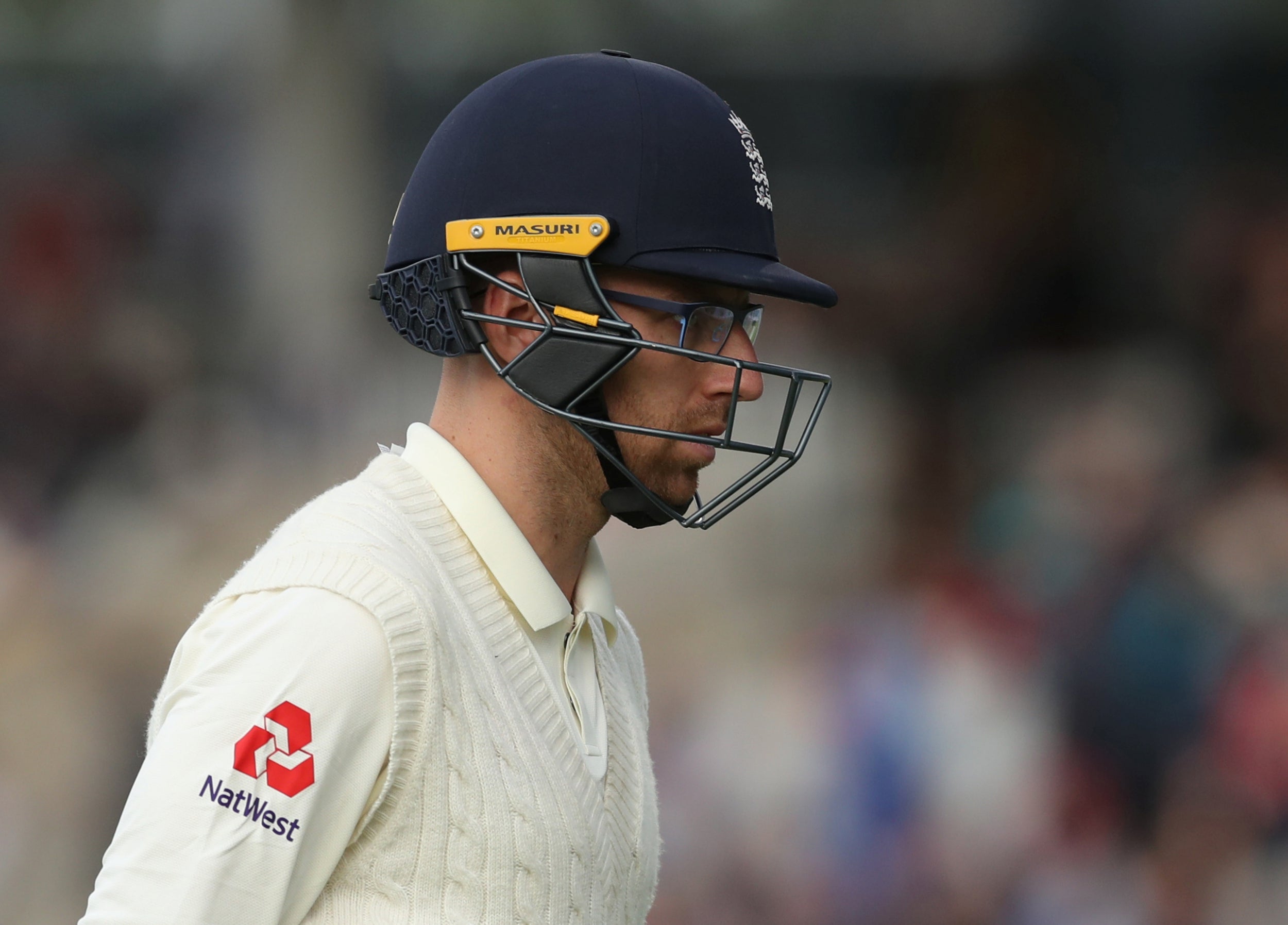 As ever, the openers were peeled off with minimum fuss. This has been a wretched series for openers in general, to the extent that the opening stand of 27 between Rory Burns and Joe Denly on Thursday was actually the highest of the series. And thus it remained, as Archer enticed David Warner into an inelegant slash outside off-stump before finding a perfect testing length to Marcus Harris, finding the edge and finding Stokes at second slip.

At which point we returned to our scheduled programming. With Marnus Labuschagne joined at the crease by Smith, the two best batsmen of the series were united again, and the new ball was seen off with few qualms. With Curran and Woakes both searching for a fuller length in an attempt to bring the stumps into play, runs were plentiful. Lunch came and went with Australia 55-2, and with The Oval bathed in sunshine the home supporters were beginning to steel themselves for a long, chastening afternoon.

But there was always just enough in the wicket to keep the bowlers interested. Archer, returning after lunch, got one to lift and hit Labuschagne painfully in the arm, and a couple of aggressive overs later pinned him with a fine, full inswinger just two short of what would have been his fifth half-century of the series. Labuschagne is still waiting for his first three-figure score in Tests, and as outstanding as he has been this summer, his next job will be to prove he can dominate attacks as well as resist them.

Meanwhile, as the ball weathered, England were beginning to find some precious swing. Despite insisting on using last year’s batch of Dukes balls, England have struggled to move the ball in the air all series. Yet the return of Curran for his second spell was greeted with some appreciable wobble. It was still of no concern whatsoever to Smith, who continued to hit the ball pretty much wherever he wanted, but Matthew Wade was suckered, trapped by a late inswinger to leave Australia 118-4.

In hindsight, the wicket of Mitchell Marsh was the key scalp of the day. Marsh had begun full of confidence after earlier completing his maiden Test five-wicket haul, and until he pulled the ball straight to Jack Leach at long-leg to give Archer his fourth wicket, he and Smith looked to be building a partnership of substance. Afterwards his dismissal, Curran continued to probe. First he located Smith’s outside edge, a surface previously believed to be entirely mythical, only for Joe Root and Stokes at first and second slips to make a mess of the head-high chance. 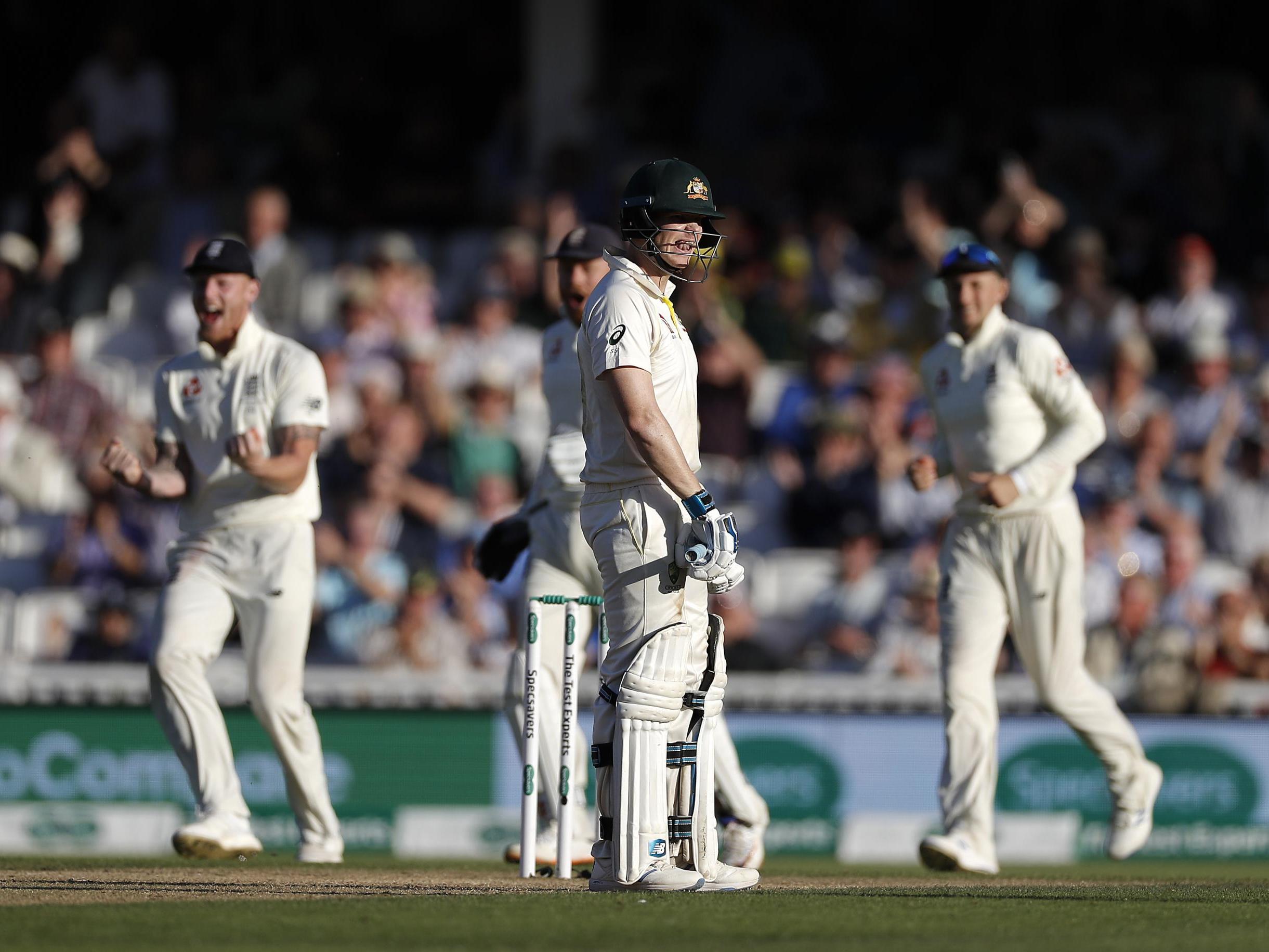 Undeterred, Curran took his frustration out on Tim Paine, working the Australian batsman all over the crease before finally getting one to hold its line and find the edge. The very next ball, he had Pat Cummins LBW with another late in-ducker. Three wickets had fallen in five overs, and Australia had produced a middle-order collapse to rival England’s.

After drinks, Woakes replaced Curran, and with his first ball crossed the Rubicon. All summer England have been trying to get Smith to play across his front pad and get him LBW; all summer Smith has been happy to oblige, at least to a point. Now, Woakes got one to keep a little low and move off the seam, whereupon Smith inexplicably missed the ball. Finally, England had ensnared Smith in their cunning trap, albeit not before he had scored 751 runs at an average of 125. Still, better late than never.

England’s lead was 107. Hewing and heaving merrily away, Lyon and Peter Siddle knocked off 37. Lyon took particular pleasure in thrashing Woakes over square-leg for six, but Archer eventually confounded him with a slower yorker that rattled his off stump. Four balls later, Archer had his sixth, Rory Burns taking a brilliant diving catch at fourth slip.

Burns’s next assignment was to see out the four overs that remained before stumps: time enough for Joe Denly to be dropped at gully by Marcus Harris and Burns to be reprieved by the DRS, successfully reviewing Kumar Dharmasena’s LBW decision off the last ball of the day. And so England left the field wreathed in smiles, fortune in their favour, the advantage decisively theirs. The Ashes may be gone, but this was the performance of a team that still reckons it has plenty to play for.