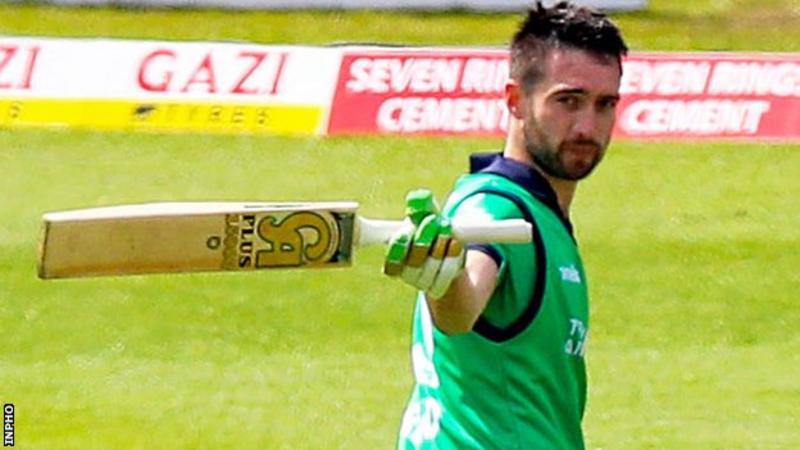 Andrew Balbirnie has been named as the new Ireland Test and one-day captain after long-serving skipper William Porterfield stepped down.

Porterfield, who will continue playing, led the side 253 times after taking over from Trent Johnston in 2008.

“To be asked to captain my country is an absolute honour,” Balbirnie said.

“It’s a proud moment, not just for me but also for my family and everyone who has been there on my cricket journey so far – especially my coaches, teammates and friends at Pembroke Cricket Club.

“Since 2008, William has been an amazing leader on and off the field, not just to me but anyone who has been lucky to represent Ireland.

“Taking over from our greatest captain will certainly be a hard act to follow but one I’m looking forward to getting into. William still has a huge role to play in this team going forward and I look forward to working with him over the next couple of years.”

Balbirnie made his international debut in 2010 and has appeared 123 times for Ireland.

His first international match as captain will be on 7 January 2020 when Ireland take on the West Indies in a one-day international in Barbados.

At the time of stepping down, Cricket Ireland said Porterfield was the longest-serving current national captain in an Irish team sport.

“It has been an incredible journey, and a fantastic honour to have captained my country over the past 11 and a half years,” he said.

“There have been many highs, along with a few lows along the way, but I can honestly say that it has been thoroughly enjoyable.

“To have been able to lead Ireland out at various World Cups, through to our first Test against Pakistan, and again at Lord’s in the summer, have been but a few of these highlights.”